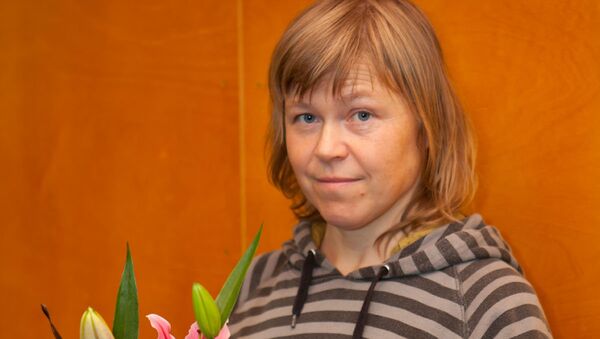 Sows, suckling animals and bared female breasts - an unconventional artistic Christmas display inside a Finnish church, have sparked a controversy in the Nordic country.

The Christmas exhibition by artist Pauliina Turakka Purhonen consisting of human and animal dolls on a biblical subject and arranged in a church in the town of Loviisa has ignited a lively debate, with many angry locals castigating the artist for pushing her artistic freedom beyond the pale of the acceptable.

A fiery dispute erupted on the Facebook page of the local Loviisan Sanomat daily, where many Loviisians expressed their displeasure with the exhibition they perceived as distasteful and undermining the church's image.

"Sick, abnormal and tasteless to the highest degree," "this is not church art at all," and "the dump is the right place" were some of the comments posted by irate Loviisians.

"Pseudointellectual perversity. Oh, tell me the intention was not to annoy. Rather angels and cribs in the church, and instead give the money to the poor children in Africa!" a user named Jalle wrote on the national broadcaster Yle's comments section.

Don't Cover Your Shame! Finnish Court Allows Performance With Elderly Naked Lady
Supporters of the divisive exhibition proved to be a clear minority among the vocal critics.

"Those averted by nakedness, go and see St. Peter's Church [in Vatican City]" one user wrote, whereas another lauded the parish's artistic effort as "courageous."

Purhonen's works were previously exhibited at Loviisa church almost three years ago. That time, a more extensive exhibition also ended in a controversy, stirring strong reactions among members of the congregation.

Church leader Karl van Hällström saw it as a positive thing that art and the church create debate, as the comments were more balanced outside of social media.

"The point of the exhibition is not to make people upset, but if you expect a glossy version of the Christmas message, you will be of course disappointed," van Hällström told Yle.

Karl van Hällström ventured that Purhonen's work was permeated with Christian symbolism, narrating the story of how God became human in Jesus, who later died for the sins of the world as the Lamb of God. Therefore, the controversial work of art can be seen as some kind of Pietà, Virgin Mary's mourning by her dead son's body. However, van Hällström admitted that the installation has triggered mixed opinions even among the clergy.

"We have of course discussed the matter in church affairs and came up with different opinions in this matter of taste," Hällström said.