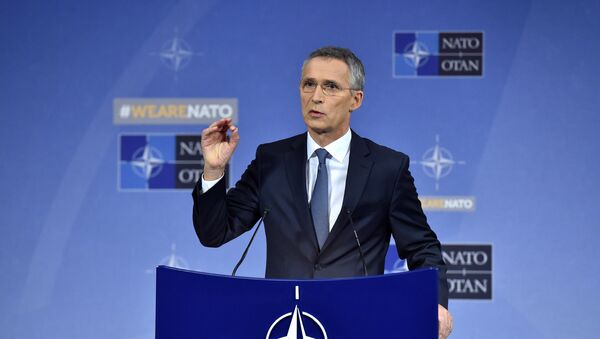 NATO's Secretary General has voiced support for the initiative to strengthen European defense, noting that there has to be coherence between capability developments of NATO and the EU.

Speaking before a meeting of the European Council December 14, Jens Stoltenberg welcomed greater European defense cooperation, stating he believed it would be "good for Europe and NATO" alike — but he simultaneously stressed the need for "complementarity" not "competition."

"I welcome the initiative… because I believe that will be good for the European Union, for Europe and for NATO. But to be sure that we are able to fulfil this potential we have to focus on especially three things," he said.

Seven Things You May Not Know About NATO Secretary General Jens Stoltenberg
For one, he suggested there had to be "coherence" between capability developments of NATO and the EU — failure to achieve this would risk creating "conflicting requirements" from EU and from NATO to the same nations. For two, Stoltenberg said forces and capabilities developed under EU initiatives had to be available for NATO use because "we only have one set of forces".

"Thirdly, we need the fullest possible involvement of non-EU Allies because they are key to European security. We have to remember after Brexit next year 80 percent of NATO's defence expenditures will come from non-EU Allies and that just highlights the importance of complementarity and not competition between NATO and the EU," Stoltenberg added.

'The Time Is Ripe': UK Heads for Brexit, EU Chiefs Accelerate Plans for EU Army
Asked by reporters whether Brexit would weaken EU and NATO security alike, the chief said while it would change the UK's relationship to the Brussels bloc, it wouldn't alter the UK's relationship to NATO. He concluded by suggesting European defense should not be about establishing "competing structures," or "duplicating what NATO is doing."

Stoltenberg has repeatedly cautioned against the creation of a European army, and suggested Europe could not survive without NATO.

'Strategic Autonomy': France and Germany Flesh Out Plans for EU Army
In any event, EU leaders have long spoken of their desire for "strategic autonomy" from the US — and as the most dominant military force and biggest spender in the military alliance, effective US domination of NATO is virtually automatic.

Similarly, the creation of an EU army will almost inevitably weaken member states' relations with NATO — EU top brass are wise to this eventuality, with the 2017 Munich Security Conference Report calling on EU member states to "set aside" any concerns that investing in EU defense schemes would divert resources away from NATO, on the basis the time had come for the EU's "clout in the world" to come "top of the menu."

"Is French power sufficient for this role and what does that entail for the balance of European affairs? This nuclear question is already being asked in Germany and Poland, but there is, as yet, no definitive answer to it. What is clear is discussions on EU defence continue to be driven by political dynamics within the EU rather than genuine strategic calculations," the report stated.