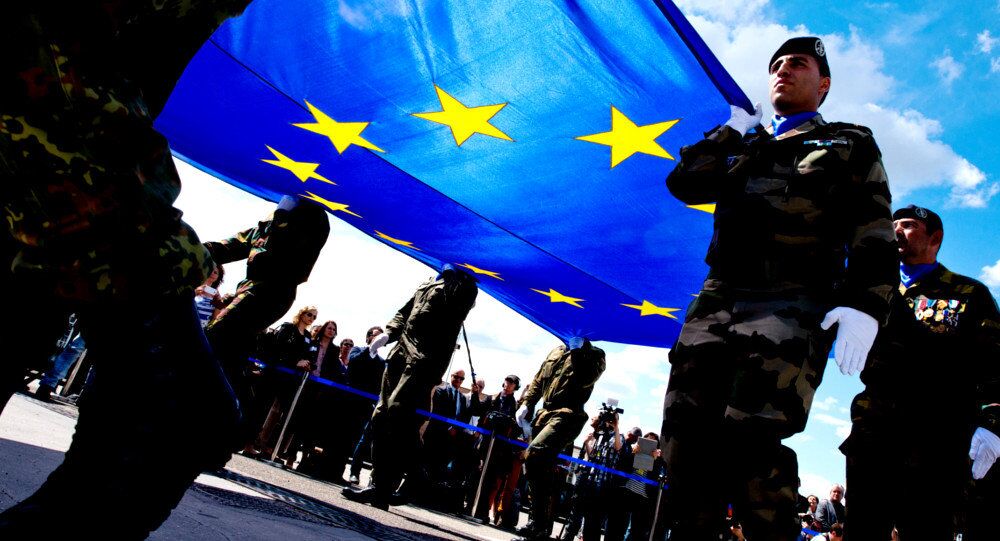 A proposal to create a European defense union by 2025 is "an ambitious response" to challenges and opportunities created by Brexit, an economics professor at the University of Sussex, Dr. Peter Holmes, said, commenting on a statement by the president of the European Commission, Jean-Claude Juncker, about the necessity to enhance EU defense forces.

The decision to establish a common European defense union means deeper integration and may go beyond the military sphere, Holmes told Sputnik.

"It may go further than member states are willing to agree," the expert noted, adding that the move might affect the decision-making process within the EU, as well as financial issues within the eurozone.

© REUTERS / Vincent Kessler
Brussels Should Establish European Defense Union by 2025 - Juncker
During his annual State of the Union address, the European Commission's president, Jean-Claude Juncker, proposed to create the post of a European-wide economy and finance minister to boost the eurozone.

"We need a European minister of economy and finance, a minister to promote structural reforms in our member states," Juncker said.

However, Holmes criticized Brussels' financial policies, saying that there was "no real move to end the deflationary stranglehold of eurozone austerity."

One of his most significant proposals was to ensure that "minimum wage and labor condition rules are strictly applied to migrant workers."

© AP Photo / Ng Han Guan
Jean-Claude Juncker Wants to Block Chinese Takeovers of European Firms
The European Commission's president, Jean-Claude Juncker, earlier stressed the necessity of deeper European integration. This includes a proposal by Brussels to create a defensive union, which both the European Union and NATO are interested in, Juncker said Wednesday.

The idea of a single EU army has been in the air for several years. On June 7, the European Commission announced a decision to launch the European Defense Fund. The fund is meant to supplement member states' defense research and support EU countries in obtaining military equipment.

It is also expected to create a 5 billion euro ($5.6 billion) annual investment in defense capability development for the member states after 2020.