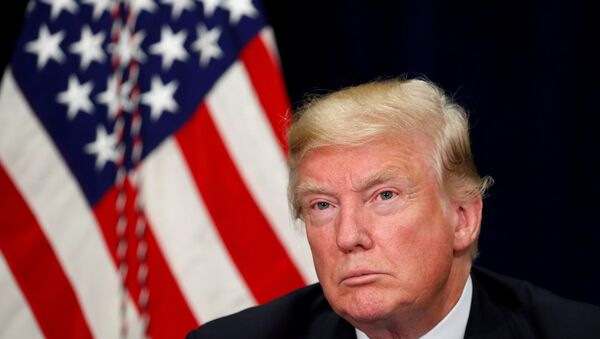 US President Donald Trump once again became the focus of ire on social media when he retweeted three videos featuring acts of violence perpetrated by alleged Muslims that were posted by a notorious British right-wing activist.

The first tweet features an alleged Muslim migrant beating up a Dutch boy on crutches, according to the video's description.

​The second depicts an alleged Muslim smashing an effigy of St. Mary to bits.

​The third contains a footage of what appears to be an Islamist mob throwing a teenager off a building's roof, according to the description. 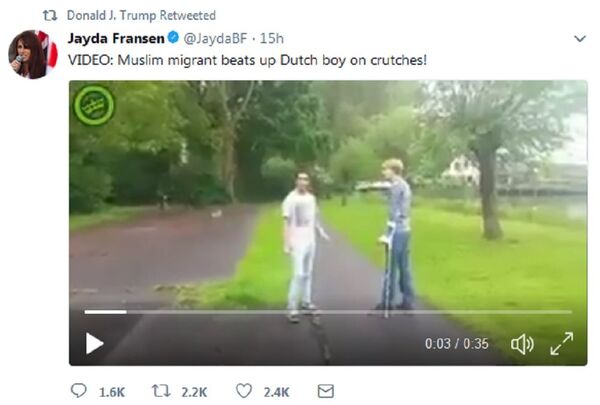 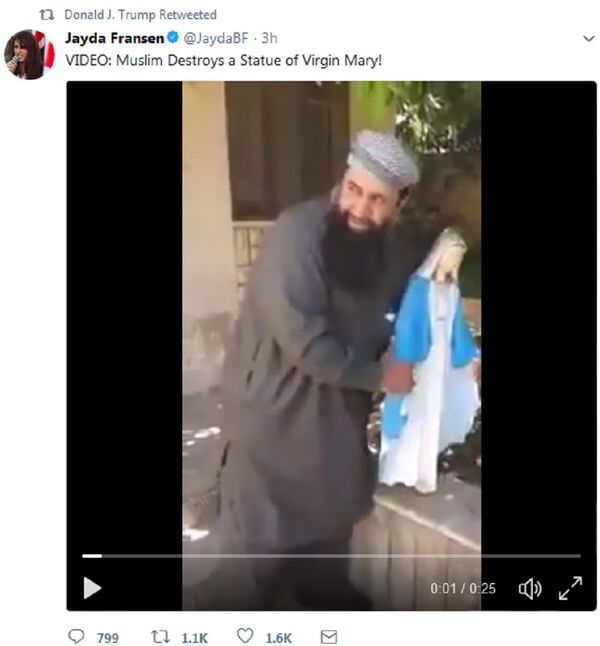 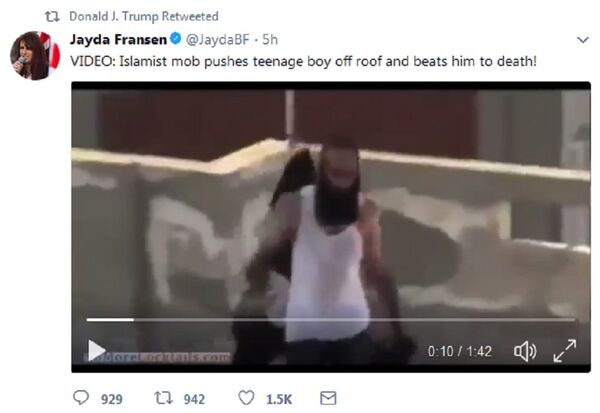 The president's actions immediately evoked a barrage of criticism from the Twitter audience.

The fact that the president retweeted this bigot is disgusting.

This is a new low for the office of the President.

One person responding to the first retweet also claimed that the ​video originates from a "Dutch click bait site".

This is a Dutch click bait site. They post most of the time bc clickbait videos with untrue titles….Unbelievable that the president of the US is retweeting this bs….

The videos that Trump retweeted were originally posted by Jayda Fransen, deputy head of a British right-wing political organization Britain First, who praised the president's actions.

Others however pointed out that retweeting the material posted by this particular group may not be a good idea for Trump.

Jayda Fransen is a wretched human being and no matter what expectations one has for him, it's revolting and actually shocking that Trump is re-tweeting multiple hate-mongering videos from her of random Muslims doing bad things.