Berlin's Battle With Illegal Drug Trade: Crusade to Clean Up One Park 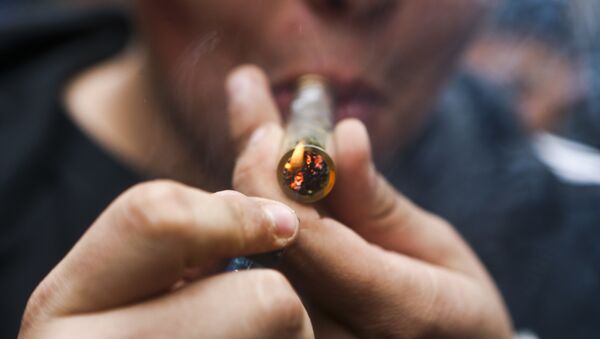 © AP Photo / Esteban Felix
Subscribe
Residents of the territories adjacent to the park have long complained to local politicians about drug traffickers, but the police "have done almost nothing in this regard," German politicians Karsten Woldeit and Marcel Luthe said in an interview with Sputnik Germany. Police representatives have refuted the allegations.

Görlitzer Park, one of Berlin's major recreational areas, has become a hotspot for dealing drugs, raising serious safety concerns in the area.
Several media reports wrote that drug dealing in the park is thriving.

"In the future, in Görlitzer Park in the heart of the Kreuzberg district, you'll again legally be able to deal marijuana and use it," German magazine Focus Online wrote in this regard earlier in November.

Deputy Press Secretary of the Chief of Berlin Police, Thomas Neuendorf refuted media reports by saying that the drug trade remains illegal and "will further be prosecuted."

"I have to dispel this myth: possession and trade in narcotics will remain criminally punishable," he told Sputnik.

Betrayed by Beard! Alleged Web Drug Dealer Busted in US by Hipster Look
The police constantly report such crimes, but whether the law enforcement agencies prosecute those who commit them, is another question, Neuendorf said.

"Görlitzer Park was and remains a place with an unfavorable criminal situation," the spokesman noted.

In 2015, head of the Department of the Interior in the Berlin government of Frank Henkel (CDU), declared Görlitzer Park a "zero tolerance zone." The move implied tough actions by the city's authorities and police against any criminal manifestations in the park.

However, Henkel's successor, Andreas Geisel, abolished this regime in October 2016.

According to media reports, the government of the federal state of Berlin (the Senate) decided to apply a new strategy. Since then, along with a special prosecutor, one of the managers of the park as well as the so-called "park runners" (specially trained people who must constantly move around the park and intervene in the event of any violations) are supposed to help solve any emerging problems.

"The Senate will now resort to another tactic, involving the special prosecutor," a representative of the Berlin Police Union, Benjamin Jendro, told Sputnik. "This prosecutor will investigate all offenses committed in Görlitzer Park. He is very much determined to do so and at the same time he is well trained in this area. For us, the police, almost nothing changes in this regard — we continue fighting against any drug-related offenses, and report crimes. Just like we did before, he stated, adding that "the media often covers the issue incorrectly." 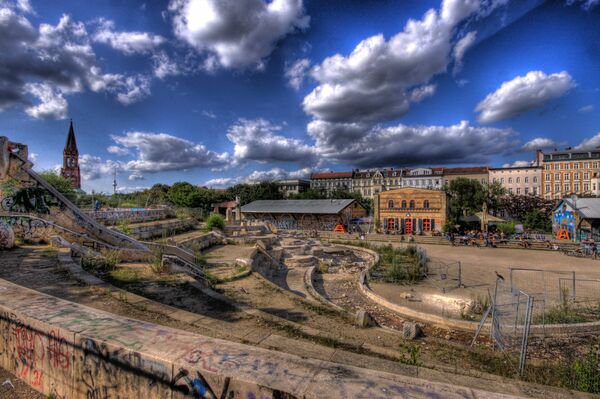 Is the Berlin Government Incapable of Coping With Security Problems?

For his part, German politician Karsten Woldeit believes that the decision to give up the "zero tolerance" policy is a "big mistake."

This policy was quite successful, he said referring to statistics. In his opinion, a long-term solution to the problem of the drug trade can be found only if a new political strategy is developed and the police presence in the park is strengthened.

READ MORE: Keeping Kids Off the Streets: A Third of Millennials Use Venmo to Buy Drugs

"The abolition of the ‘zone of zero tolerance' by the Senate is, in fact, a scandal," he said.

"This will only lead to the emergence of a ‘zone of tolerance' for criminal offenses and give a false signal that in this place you can publicly violate the law," Woldeit echoed.

Reaction of the Locals

Of course, it's "very unfortunate" and "bad" that drugs are traded in the park," a local resident told Sputnik on Friday. But she feels sorry for these people, because they do not have a job and are forced to be involved in illegal activities, the woman said, adding that this situation is the result of an improper refugee policy by the German government.

"At first I was struck by this situation," said a man, working in the park. "But dealers do not turn to me anymore, because they know me. And what should the police do? They catch one, take drugs from him, and the next day another comes to this place," he concluded.

Both politicians Marcel Luthe and Karsten Woldeit believe that there is certain pattern behind the whole drug trade system: drug trafficking in Görlitzer Park is mainly spread among Arab clans that have a mafia-type structure.

"They attract black Africans to their ranks, who then act as their pawns. Thus, the initiators themselves remain in the shadows."

The representative of the Berlin police Neuendorf said in this regard: "We observe only Africans in the park and do not have any information on the Arab clans supposedly operating the system."

000000
Popular comments
There is no scientific, social or cultural reason some drugs are illegal. The program in Portugal has given the world 14 years of real world experience amazingly successful real world experience that legalization virtually eliminates these problems. There is huge profit being made by keeping drugs illegal. Regan funded an entire war with just a fraction of it. Sputnik and the world just ignore Portugal and wring their hands about the lost lives and deliberate suffering of people for profit. Why?