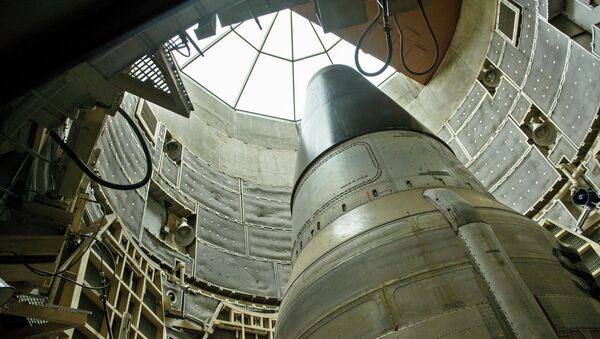 US military commanders would disobey a presidential order to carry out a nuclear first strike which they view as illegal, former high-ranking Pentagon officials told a Senate hearing in Washington, Press TV reported.

"We are concerned that the president of the United States is so unstable, is so volatile, has a decision-making process that is so quixotic, that he might order a nuclear strike that is widely out of step with US national security interests," Democratic Senator Chris Murphy said during the hearing.

The committee's chairman, Senator Bob Corker, a Republican, warned that "once that order is given and verified, there is no way to revoke it."

North Korea Calls Trump ‘Mentally Deranged’ and a ‘Nuclear War Maniac’
Former senior Pentagon officials, invited to testify before the committee, told Senators that while President Trump has the authority to order a retaliatory nuclear strike, he is not allowed by law to launch a pre-emptive one.

When asked if he would obey an executive order to launch a pre-emptive nuclear strike, retired Air Force General C. Robert Kehler said he would say he is not ready to proceed.

"This is a system controlled by human beings. Nothing happens automatically," he noted.

The Senate hearings come on the heels of mounting tensions on the Korean peninsula following ballistic missile launches and a nuclear test by Pyongyang as well as Washington’s threats to resolve the crisis by force if necessary.

READ MORE: 'Do Not Try Us': Trump Warns North Korea, Offers 'Path to a Much Better Future'

In July, the commander of the US Pacific Fleet said that he would launch a nuclear strike on China if President Donald Trump ordered it.

"The answer would be: Yes," Adm. Scott Swift said, responding to a hypothetical question at a security conference at the Australian National University, according to ABC News.