Authorship and Espionage: Muriel Spark Was a Spy, Just Like Dahl and Hemingway 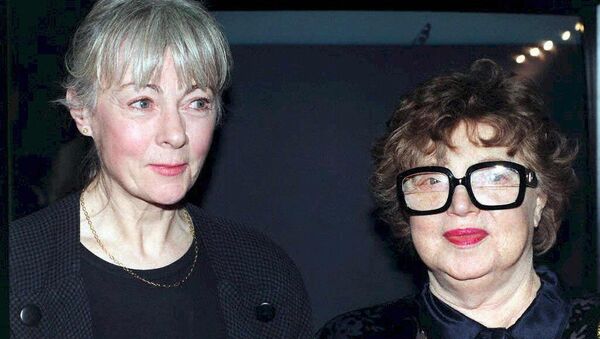 It's been revealed Muriel Spark, the renowned Scottish author, worked for UK foreign intelligence service MI6 before embarking on her literary career. Spark is but one of many authors who tried their hand at espionage.

Spark published her debut novel after honing her writing skills with the intelligence service, and her experience influenced her 22 novels — although her secret history has been little-known until now.

The National Library of Scotland will unveil a wealth of material never seen by the public before when the show opens in November.

​Born in Edinburgh 1918, Spark took a job with MI6 in 1944, producing what she later described as "a tangled mixture of damaging lies, flattering and plausible truths." Her experience of crafting effective propaganda for MI6 is thought to have heavily influenced works such as The Mandelbaum Gate, The Hothouse by the East River and Territorial Rights.

Dr. Simon Cooke, a lecturer in English literature at Edinburgh University, said while Spark wasn't a spy "out in the field," she had a career in political intelligence, and did meet "a lot of people" who were spies.

"It was a small part of her life in some ways, but if you look at her fiction, the notion of secrecy occurs with some frequency," Dr. Cooke said.

While many of Spark's fans will surely be shocked to learn the author was a spy before embarking on her literary career, she is but one of many authors who spent time in the intelligence game.

While many of Spark's fans will surely be shocked to learn the author was a spy before embarking on her literary career, she is but one of many authors who spent time in the intelligence game. British espionage writer John le Carre — himself an ex-spy — noted the similarities between authorship and espionage — both "are perhaps rather lonely."

Here are some others, both famous, and less well known.

The creator of British super-spy James Bond was famously himself a spy during World War II. In May 1939, he joined the Admiralty as an assistant to the director of intelligence and became an armchair planner and overseer for some of its most audacious special operations.

Happy 109th Birthday Ian Fleming! Thank you for your service as an intelligence officer & for Bond, #JamesBond! @007 @TheIanFleming pic.twitter.com/xzTzBm1TDv

​Fleming's most daring ploy was Operation Mincemeat, an ingenious and elaborate deception plot that saw a deceased Welsh tramp deposited off the coast of Huelva, in southern Spain, by a British submarine.

The corpse was chained to a black attache case, which contained documents identifying the cadaver as Major William Martin of Britain's Royal Marines, and a letter from military authorities in London to a senior British officer in Tunisia, indicating Allied armies were preparing to cross the Mediterranean from North Africa and attack German-held Greece and Sardinia.

The corpse was duly found and reported to Spanish police, and though Spain was officially neutral in the conflict, much of its military was pro-German, and the Nazis were handed the bombshell documents.

#WWII #OperationMincemeat — How the Allies Tricked Hitler to open the gates of Sicily
See: https://t.co/n72tDz71YK pic.twitter.com/iZDqcUSmFu

​As a result, Adolf Hitler transferred numerous Wehrmacht divisions from France to Greece, ahead of what was believed to be a massive enemy invasion — meaning the Nazis were caught unawares when 160,000 Allied troops invaded Sicily instead of Greece, on July 10 1943.

The operation was even so successful that when Nazis came into possession of actual Allied invasion plans, they were discounted as likely decoys.

In the 2009 book Spies: The Rise and Fall of the KGB, co-written by Harvey Klehr, John Earl Haynes and Alexander Vassiliev, it's alleged Hemingway started working as a KGB source in 1941 — Vassiliev's study of KGB files suggests the author was given the codename "Argo" and tasked with collecting political information.

Do not worry. You have always written before and you will write now.—Ernest Hemingway
There are enough other worries. Write. #writingtips pic.twitter.com/t55eEQUuqf

However, he provided nothing of use, and was dropped by the Soviet spying agency in 1950. Given his evident failure as a secret agent, it's questionable how serious he was about working for the Soviets — or what his real motives were.

Beloved author of children's classics such as Charlie and the Chocolate Factory and The Twits, Dahl spent the first year of World War II as a fighter pilot — but a head injury consigned him to desk work.

He was sent to Washington to work in the British Embassy's PR department, and there he met Canadian spymaster William Stevenson, who soon recruited into British Security Coordination (BSC) — one of the most extraordinary operations in UK intelligence history.

During #WW2 Roald Dahl worked in the USA for the secretive (BSC) promoting UK interests in the US to counter Nazi propaganda. #RoaldDahlDay pic.twitter.com/DA8xT5c1Tj

​An MI6 operation, conducted with the approval of the White House, BSC was aimed at mobilizing pro-British opinion in the Americas, and discrediting isolationist figures, in order to secure the US' entry into the war. In the process, false pro-British and anti-German stories were planted in many major mainstream news outlets, including the Herald Tribune and New York Post.

​Dahl's role was less scandalous, but only slightly — he was charged with investigating the political leanings of important women in the US. Using his charm and good looks to gain their trust, his purview ended up unofficially extending to "sleeping with everybody on the east and west coasts worth more than US$50,000 a year," according to his friend Antoinette Haskell.