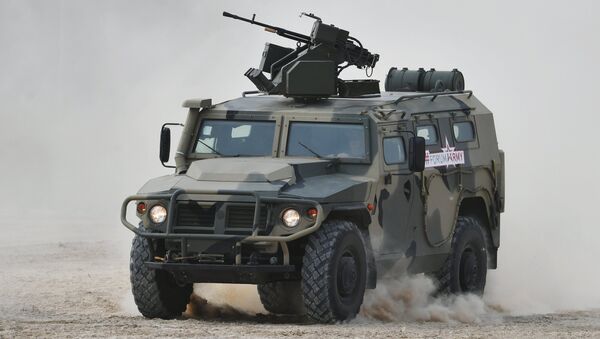 Slovakia has signaled its interest in buying the Tigr, a Russian all-terrain armored combat vehicle. Speaking to Sputnik, Sergey Suvorov, press secretary of Russia's Military-Industrial Company, pointed to the equipment's characteristics which he said finally prompted Slovakia to make its choice.

Sergey Suvorov said that Slovakia intends to acquire the SBM-VPK233136 modification of the Tigr, a police car designed for transporting personnel and cargo on public roads and across rough terrain.

It is also used as a vehicle for conducting anti-terrorist operations, to protect the crew and personnel from firearms and fragments of munitions and explosive devices.

"This is an armored vehicle which does not have weapons. It can carry up to nine people, including the driver, and its average speed is 125 km/h.The protection class is GOST-5, that is, its armor can withstand a bullet from a 7.62 mm Kalashnikov assault rifle," Suvorov said. 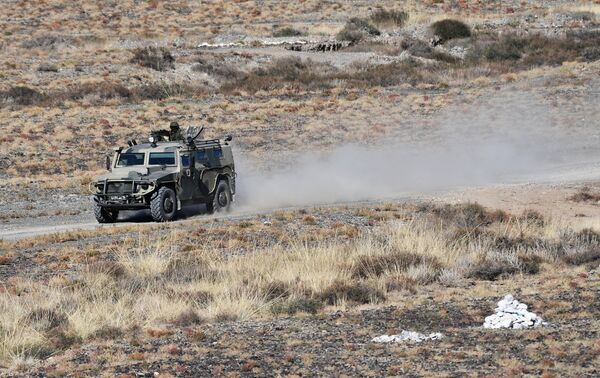 He recalled that Slovakia remains the only NATO member country which prefers to buy the Tigr rather than the US-made High Mobility Multipurpose Wheeled Vehicle (HMMWV), which Suvorov said is "much worse than both European and Russian models."

He noted that during the IDEX-2003 defense exhibition in Abu Dhabi, "the American HMMWV was stuck where the Tigr rode at a high speed without slowing down."

"In short, the HMMWV yields to the Tigr in all respects, although it is not very correct to compare them because the Hummer is smaller than the Tigr. In any case, the Hummer is obviously behind the Tigr in terms of reliability, off-road capability and security," Suvorov said.

He pointed out that when picking the right car for their country's Interior Ministry, Slovaks are "reasonably guided by its characteristics and advantages over other analogues in the market."

"And it turns out that the Russian-made Tigr is safer, more reliable and cheaper than American, German, French and Swiss armored cars," he said.

This Tigr's Got a New Heart: Infantry Vehicle Gets Russian-Made Engine
Suvorov added that Western competitors are doing their best to disrupt the Russia-Slovakia deal on Tigr supplies in order to sell Slovaks their own military equipment.  They refer to various arguments, including "the factor of [anti-Russian] sanctions,” according to Suvorov.

He expressed hope that all difficult issues related to the Russia-Slovakia talks will be settled before the end of next year and that "the sides will shift to regular cooperation."

At the BIDEC-2017 arms exhibition in Bahrain, which wrapped up earlier this week, representatives of the Russian Military- Industrial Company said that they are negotiating the purchase of Tigr Russian armored vehicles on a permanent basis by Slovakia, which has already bought one such vehicle.