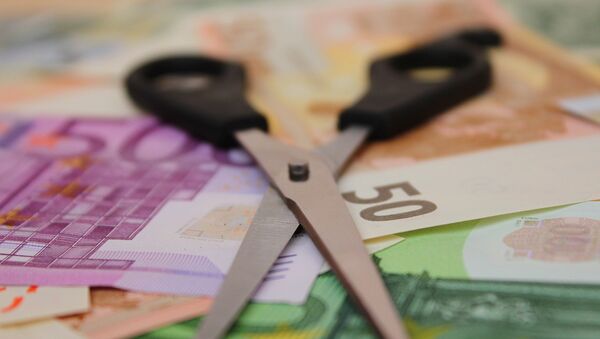 © Photo : Pixabay
Subscribe
It looks like Polish tax officials feel free to obtain information any way they please, including by bugging suspected tax dodgers’ phones, emails and intercepting their air or snail-mail parcels. Neither do they need any court order to do this, which is something even law enforcement has to obtain, Sputnik contributor Tomasz Dudek told Sputnik.

“Even worse, in keeping with the Polish Tax Code approved a year ago, the Polish taxmen do not need to worry about things like rules of confidentiality normally honored by lawyers, doctors, journalists, tax councilors and even priests, as is evident from a complaint to this effect the country’s human rights ombudsman has just lodged with the Constitutional Court,” Dudek said in an interview with Sputnik Poland.

Theoretically, the court can disregard evidence obtained through the violation of professional secrecy or as a result of wiretapping or shadowing.

“The breach of professional secrecy is not seen as a violation of the citizens’ constitutional rights mentioned in the ombudsman’s complaint to the Constitutional Court though,” Dudek noted.

As it turns out, the head of the National Tax Authority is free to authorize eavesdropping procedures based on randomly selected materials without informing the affected company about its decision, he added.

EU Tax Code Derided as a 'Parody of Transparency'
The NTA argues that even though most of its actions do not look entirely ethical, this is being done to ensure the country’s financial stability and go after those who bend the existing tax laws.

The Constitutional Court is still expected to side with the authors of the Tax Code, especially now that tax revenues have gone up by 15 percent  since January and tax officials have inspected 125,000 heavy trucks over the same period, or about 1,000 a day.

The National Tax Authority was established in March 2017 as a result of a merger of the customs, tax and internal revenue services.

“It is doing a great job, no doubt about that, save for the insignificant fact that in the process of doing this it is violating people’s fundamental rights and freedoms,” Tomasz Dudek concluded.