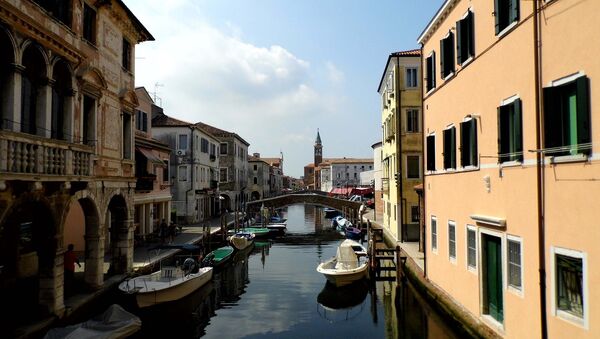 CC0 / Pixabay /
Subscribe
A UK-based charity that help track down a wealthy British "princess" missing for nearly two years in Italy believes the case will offer fresh hope to thousands of other families whose loved ones have mysteriously disappeared.

A wealthy British princess Ariane Lak, who vanished in Italy nearly two years ago, has been found living in rough on the streets of Venice after losing her memory in a violent mugging.

The Lucie Blackman Trust were approached by the family of Ariane Lak, who vanished from a hotel in Milan in January, 2015, to see if it could assist in the search.

Earlier in September, it posted a further appeal on Facebook: "Ariane is still missing in Milan. Have you seen her? Can you help?" — not knowing a breakthrough was imminent as a private detective discovered her on Monday, September 18, living rough on the streets.

Ariane is still #missing in #Milan. Have you seen her? https://t.co/1u4cVTsLLB

Matthew Searle, chief executive of the Lucie Blackman Trust — which helps provide practical help to families of people missing, murdered or injured while abroad — admitted it gives them an enormous lift when this happens.

"We are always delighted to hear of people being found after a period away — it does indeed give hope to families fearing the worst in similar situation. We have had cases where we have reunited families with people that have been missing in excess of ten years so such things are possible," Mr. Searle told Sputnik.

"We have a huge network of supporters worldwide who share and display appeals for us in the actual area they are missing, and I would like to take this opportunity to thank each and every one of those supporters, and to encourage people to follow us on Twitter — @MissingAbroad — and help us bring more families back together," he said.

The 50-year-old Iranian-born woman — a descendant of the Qajari monarchy — was eventually discovered in Piazza Cesare Beccaria, a busy shopping area in the Italian city where she had been a rough-sleeper for many months.

According to Italian media, the British citizen — a former graduate of Cambridge University — had been in a confused state, having apparently lost her memory following a violent mugging shortly after moving to Italy.

After being told she had been found, family members immediately flew to Milan to be reunited with her and organize specialist care.

Her family hired a private detective to assist in the search for Ariane, who Italian media described as being "a very well-paid film production manger thought to be a millionaire."

He spent time mingling with the homeless in the city after her sister discovered the hotel in which she had been staying, Residence Di Coro/Di Corso in Milan had closed down in January, 2016.

It was thought she had moved to another nearby hotel, but then disappeared without trace.