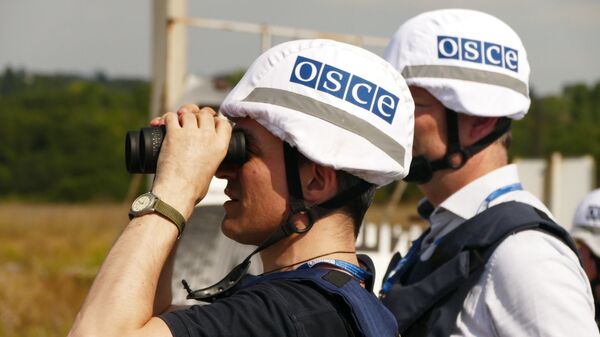 The Kremlin spokesman told reporters that Russia's position on peacekeepers in Donbass was based purely on the Minsk agreements.

MOSCOW (Sputnik) — Russia's position on Donbass, including the deployment of peacekeepers there, is flexible, but is based on the inviolability of the Minsk agreements, Kremlin spokesman Dmitry Peskov said Tuesday.

"The issue of UN peacekeepers: peacekeepers, who once would ensure the security of the OSCE mission, it is the continuation of those discussions that are conducted in search of compromises," Peskov said.

"The Russian side has repeatedly demonstrated its consistent position, flexible, but based on the inviolability of the Minsk agreements," he told reporters when asked to comment on the details of the conversation between Russian President Vladimir Putin and German Chancellor Angela Merkel.

Kremlin on Peacekeepers' Deployment to E Ukraine: Russia Not a Side of Conflict
Earlier this month, Putin said that he supported the idea of sending peacekeepers to Ukraine in order to ensure the security of the Organization for Security and Co-operation in Europe (OSCE) mission in the crisis-torn region of Donbass.

The Ukrainian Foreign Ministry said that it would hold consultations on the issue with the mission of Ukraine in New York, but refused to accept the presence of Russians in the peacekeeping mission.