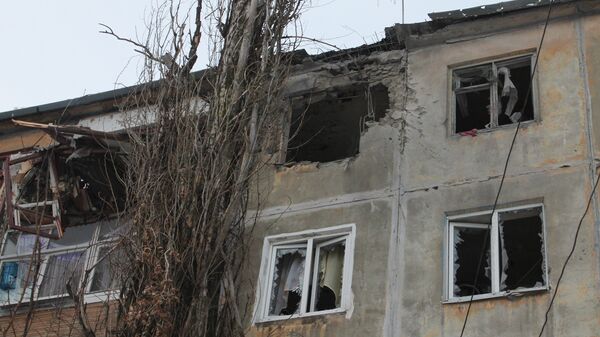 The Kremlin has commented on the Ukrainian president's reaction to Russia's plan on the UN peacekeepers' deployment to Donbass.

MOSCOW (Sputnik) – UN peacekeepers could be deployed in Donbass only with the consent of warring parties, while Russia is not a side to the Ukrainian conflict, Kremlin spokesman Dmitry Peskov said Thursday.

"Any peacekeepers can be deployed at the contact line of the conflicting sides. As you know, Russia is not a side of this conflict, the conflict in southeastern Ukraine should be primarily discussed by Kiev and the authorities of the Lugansk and Donetsk people’s republics, so this is probably the main modality, it would be unwise to reject this fact and illogical to take it out of the context," Peskov told reporters.

Power Dynamics Surrounding Russian Proposal to Send UN Peacekeepers to Donbass
Earlier in the day, Ukrainian President Petro Poroshenko said that he is ready to discuss the initiative to deploy UN peacekeepers to the Donbass region, with this mission not including the participation of "an aggressor state or the side to the conflict" apparently referring to Russia. He also said that Kiev would not coordinate the parameters of the work of UN peacekeepers with the representatives of the Donbass people's republics.

The plan to deploy UN peacekeepers in Donbass has been announced by Russian President Vladimir Putin earlier this week. It has so far been supported by Kiev and DPR and LPR, as well as welcomed by Germany, which is part of the so-called Normandy format on Ukraine's settlement, and the United States.