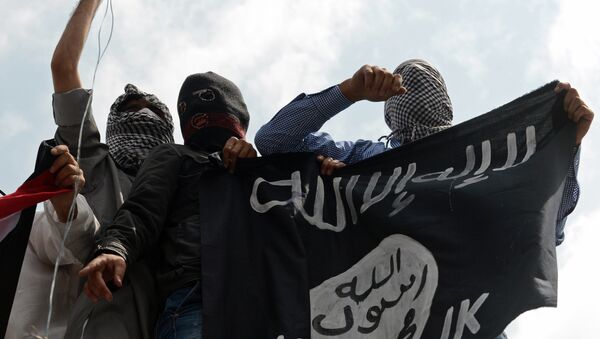 Some things never seem to change. Despite all the hullaballoo surrounding Swedish jihadis receiving state benefits, the problem has still not been solved. Furthermore, dead terrorists with Swedish citizenship appear to be able to continue receiving generous assistance from Sweden's welfare state.

Women and Children: A Closer Look at Sweden's Jihadists
Of the 20 jihadists suspected to have left the Swedish city of Örebro to the Middle East to rape and kill, at least four are thought to have been killed. The suspicions mainly rest on reactions in social media, where Islamist sympathizers and close relatives hail them as martyrs. According to the public records, though, all four "martyrs" are technically alive, as the Swedish Tax Agency does not consider the reports sufficient cause to eradicate them from the population register.

Now it is feared that the IDs of the dead Daesh terrorists are being freely used by their fellow jihadis.

"Criminals have earned big money by stealing identities and taking out loans in their name. There is also information that some have taken state support," Magnus Ranstorp, a senior researcher at the Swedish Defense College in Stockholm, said.

"We see various fraud attempts against our agency, but also against other authorities and companies using the identities of dead persons in order to receive benefits, take out loans or do similar things," Swedish Tax Agency national coordinator Pia Bergman said.

Now, the Swedish Tax Agency wants to see regulatory changes in order to prevent more fraud of this kind. According to Pia Bergman, confidentiality rules have to be relaxed somewhat in order to facilitate cooperation between the authorities.

Earlier this year, a report from the National Defense College indicated that the majority of the roughly 300 individuals to have traveled to the Middle East to join Daesh have in the meantime lived on state subsidies, including child support, housing allowance, maintenance support and the like.

In order to maintain the state contributions despite being abroad and committing war crimes, terrorists allegedly used helpers in Sweden who handled their mail to appear as if they were still in the country.

Welcome Back Party? Daesh Returnees Get Pampered With Career Benefits in Sweden
According to the report, student loans are particularly advantageous for jihadis, as a large part of the loan is paid out in advance. Yet another way of enrichment is through short-term loans, which are notoriously difficult to trace after being transferred abroad.

The startling findings of the report provoked a stern condemnation from Finance Minister Magdalena Andersson.

"This is completely unacceptable. The money we earmark as grants or housing allowance must of course be used as such and not as terrorist support," Magdalena Andersson told the Swedish tabloid daily Aftonbladet.