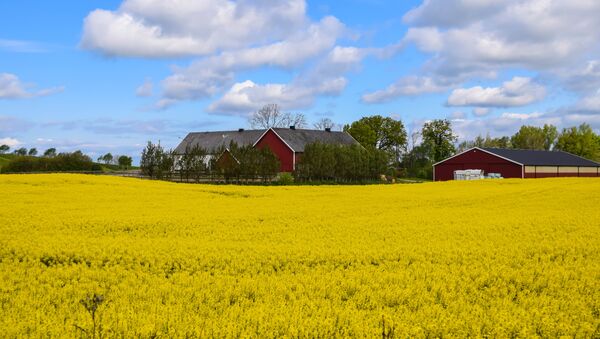 In the past, Sweden emerged as one of the EU's foremost exporters of terrorism, with one of the highest rates of jihadists per capita. Now, Sweden's often-abused hospitality may be further abused, as new proposals to deal with Daesh returnees are being considered.

Swedish Prosecutor: Daesh Battle Flag Is Legal, Does Not Constitute Hate Speech
A driving license paid for by the municipality, a debt settlement and maybe even a free home. These are some of the Swedish welfare system's latest offerings for some 140 returnees from the Middle East, Swedish Radio reported.

With luck no longer on Daesh's side (also known as ISIS and ISIL) in Syria in Iraq and their last strongholds about to fall, European states prepare themselves for a wave of former jihadists returning to their bases in Europe. In the past, Daesh terrorists have been known to cut prisoners' throats, rape young girls, burn prisoners of war alive, drown people in cages and perform a range of other atrocities and committing crimes against humanity.

In order to motivate former jihadists to abandon such destructive activities and help them adapt to a normal life, Swedish municipalities are preparing special programs. The Swedish society must provide its support, Christoffer Carlsson who penned a report for National coordinator against violent extremism, which suggests examples of how terrorists may be re-integrated using state money.

"This is a downright social, economic and material issue. One needs to be able to reintegrate into the job market, one may need to have a driving license, a debt settlement and shelter. When individuals hop off, they would like to get something different, but since they don't have the resources to do so, it is difficult to realize it," Christoffer Carlsson told Swedish Radio.

Without this kind of benefits, there is a risk that terrorists "fail to cope" with leaving the Islamist terrorist environment, Carlsson stressed.

When Jihadi Comes Marching Home: Sweden Braces for Returning Islamist Losers
According to Anna Sjöstrand, municipal coordinator against violent extremism in the city of Lund, terrorists cannot be denied support and benefits simply because they made a "wrong choice" in the past.

"We cannot say that because you made a wrong choice, you have no right to come back and live in our society," Anna Sjöstrand told Swedish Radio.

In Lund, terrorists are being handled in the same way as defectors from criminal gangs and may be offered housing, employment or other benefits. Similar proposals have also been set forth in Borlänge, Örebro and Malmö. Just Örebro Municipality was severely criticized as two Daesh terrorists, Liban Qadar (23) and Mahamed Farah Osman (24) had been offered internships in the municipality, but chose to return to Syria, where they later were killed in battle, the Swedish tabloid newspaper Expressen reported.

Earlier in April, new terror laws were introduced in Sweden. Accordingly, the punishments against overseas terrorists, who committed or conspired to commit terrorist offences, were strengthened. This includes people who planned to give or receive terrorist training, or travel overseas to participate in combat. However, since no national plan for handling of returning extremists has been adopted, municipalities around the country have been rather "playing by ear."

Swedes Perplexed by 'Daesh Children' Falling Between the Cracks
Meanwhile, criticism over Sweden's "babysitting" of terrorists has been mounting.

"Bonuses for those who fought for the Islamic State are provocative. What society should do instead is send a clear signal that ‘Daesh warriors' are not welcome back in Sweden. Those who return nevertheless must obviously be stopped and brought to justice," Swedish newspaper Göteborgs-Posten's columnist Mathias Bred wrote.

The Swedish Security Police SÄPO emphasized on its website that returning jihadists have combat experience, exalted status and a broad network of international contacts. All in all, over 300 extremists have been known to leave Sweden for the Middle East, with an unknown number of unreported cases.