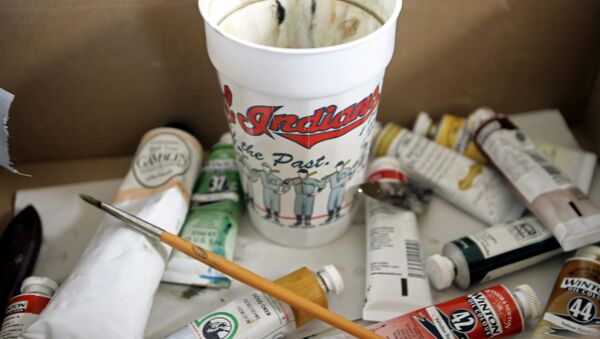 A bunch of colorful pictures were ubiquitous on the WeChat Moment on Tuesday as people spent 1 yuan ($0.15) or more to "buy" the pictures painted by autistic children

The pictures are part of a charity project titled "Enlighten Life with Art" promoted by the online charity platform gongyi.qq.com, which is affiliated to Chinese tech giant Tencent, with a purpose to help people with mental and intellectual disabilities, including those with infantile autism, brain paralysis and Down's syndrome, gongyi.qq.com told the Global Times on Tuesday.

Netizens could pay at least 1 yuan for a picture on gongyi.qq.com or by scanning the code affiliated to a picture circulating on WeChat Moment.

The project, which was initiated on August 17, began to trend on Tuesday with more and more netizens being enchanted by these pictures with bright colors or abstract beauty, and posting the pictures they bought on the WeChat Moment.

More than 15.03 million yuan has been raised from 5.8 million donors as of press time, surpassing the target of 15 million yuan.

"Will Tencent also share the donations?" a WeChat user commented.

In response to netizens' concerns on the use of the donation, gongyi.qq.com said that all the information about the donation will be released on the platform to receive supervision from the public.

According to China's Charity Law which took effect in September 2016, charity organizations should release information on platforms which are approved by the Ministry of Civil Affairs, read a release on the ministry's website.

Gongyi.qq.com said that the project is started by the Shanghai-based NGO WABC and the donations would be collected by the Shenzhen-based Ai You Foundation.