US Theater Cancels ‘Gone With the Wind' Screenings Over ‘Insensitive' Content 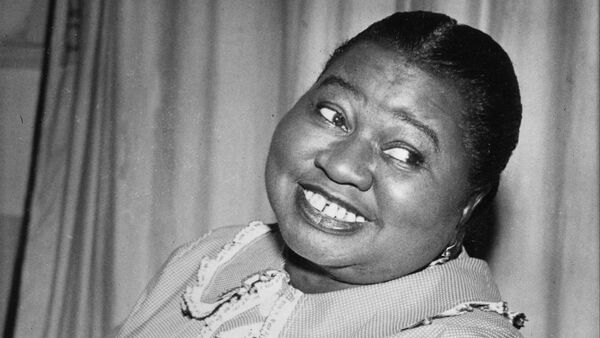 Trashing a 34-year tradition, a downtown Memphis, Tennessee, theater will no longer screen the famous 1939 Hollywood epic "Gone With the Wind," due to its "insensitive" racial content.

"As an organization whose stated mission is to ‘entertain, educate and enlighten the communities it serves,' the Orpheum cannot show a film that is insensitive to a large segment of its local population," Brett Batterson, president of the Orpheum Theater Group, said in a statement on Friday.

The much-lauded film, which set a record for Academy Award nominations and wins in 1940, has always attracted some criticism, particularly for its stereotypical depiction of black characters, including Hattie McDaniel's "Mammy." However, the role of Mammy also netted McDaniel an Oscar for best supporting actress, the first to be won by an African American.

Gone With the Wind: Adrenaline Junkies Mix Surfing and Base Jumping

The final showing of the film was on August 11, the same day several hundred tiki torch-bearing white nationalists marched toward a statue of Robert E. Lee at the University of Virginia, all the while shouting, "Jews will not replace us." The UVA march quickly incited many to denounce the theater's screening, calling it a "racist" film and noting how it's a "tribute to white supremacy," Vulture reported.

Though Batterson later told Commercial Appeal that the final decision to ditch "Gone With the Wind" was not a direct response to the Charlottesville clashes, the increased public outcry was an important factor.

"This is something that's been questioned every year, but the social media storm this year really brought it home," Batterson said. "This is about the Orpheum wanting to be inclusive and welcoming to all of Memphis."

Of Memphis' 652,717 residents, 63.3 percent are black or African-American, while 29.4 percent identify as white, according to the 2016 US Census Bureau. As a whole, 76.9 percent of the population within the United States identifies as white, as 13.3 percent identified as black or African-American. Tennessee as a state has a slightly higher percentage of white residents than the US average.

Not Quite a Shotgun Wedding: Tennessee Bride Still in Her Dress Fires at Husband
Despite the organization explaining its reasoning, many still aren't thrilled about the decision.

"Wow. I'm shocked," wrote a disgruntled resident on the theater's Facebook page. "An award winning movie of this caliber and it gets black balled. Such a shame."

"We have gift certificates $300 worth that I will burn over the stupidity over cancelling the screening," another upset commenter wrote. "There is [nothing] racist about this movie. Stop trying to rewrite history. The next thing you know they will ban To Kill a Mockingbird, Driving Ms. Daisy, and any other iconic movies."

The US is not the only country currently embattled over its monuments and heritage. In Ukraine, a similar fight is underway regarding its statues of Vladimir Lenin — and other aspects of its history. Lenin statues began coming down during the Euromaidan protests that began in 2013. But it didn't stop with the father of the Soviet Union (who is ironically also a founding father of Ukraine in the form of the Ukrainian Soviet Socialist Republic): a set of "decommunisation" laws enacted in 2015 now ban communist and Nazi symbols, the UK Telegraph reports, and they make it a crime to question the conduct of WWII-era Ukrainian nationalist groups, who, yes, fought the Soviets but also collaborated with the Nazis in their crimes.

Supporters say the laws strengthen Ukrainian identity. Detractors, among them scholars and experts, deplore them as an attack on free speech.