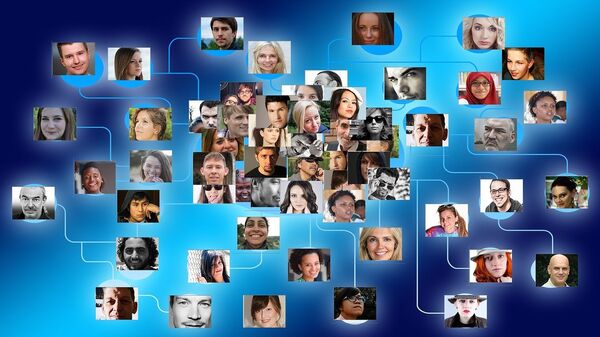 New guidelines have been issued by the UK's Crown Prosecution Service (CPS) in a bid to crack down on the growing epidemic of online hate crimes across Britain and an expert has told Sputnik that while the move was not entirely new, it was a positive step forward.

Crimes committed on social media will now be treated as seriously as similar street-based offenses.

Sara Correia, a doctoral researcher in criminology at Swansea University, told Sputnik that while the move was not entirely new, it was a positive step forward in addressing this escalating problem.

"It is commendable they are focusing on supporting victims of hate crime, and it does send a strong message to the perpetrators that where they commit a crime motivated by hate, they will not be dealt with lightly.

"It is important that the CPS is making a strong statement about not taking these matters lightly. Equally there must be greater victim focused support. Encourage people to report these crimes and make sure they are properly supported throughout that process," Ms. Correia told Sputnik.

She warned that it can be difficult for the CPS to prosecute given the anonymity that comes with the Internet and the gathering of evidence.

Ms. Correia added the CPS success rate was improving in bringing those perpetrators to justice.

"Once the crime goes to court the CPS is good at getting a result," Ms. Correia told Sputnik.

She insisted the UK needed to take further steps to try and eradicate the larger issue of tackling the roots of hate crime.

More needed to be done to encourage people to come forward and report such incidents as well through a network of hate crime reporting centers, including universities.

Recognizing the "corrosive effect" of hate crime on UK society, Alison Saunders, the director of public prosecutions, announced the CPS will now revise prosecutions of such crimes "with the same robust and proactive approach used with offline offending."

Tell us why speaking up about hate crime and reporting it matters to you #hatecrimematters pic.twitter.com/HaqItnfgx1

Jenny Wiltshire, the head of general crime at Hickman and Rose solicitors, said the change in policy reflects "the fact that the internet has become a breeding ground for misogynist, racist and homophobic views."

"The decision to treat offenses committed online no differently from offline offenses will undoubtedly lead to an increase in prosecutions. It will also remind the trolling brigade that there are real consequences for hitting the button," Ms. Wiltshire said.

According to the CPS, the policy statements have been updated to take into account the mounting number of cases sparked by abuse on social media, and cover all the different strands of hate crime — including religious and racist, disability, homophobic, biphobic and transphobic.

They added that between 2015-16, prosecutors completed 15,442 hate crime cases — the highest number ever recorded.

"Hate crime can be perpetrated online or offline, or there can be a pattern of behavior that includes both," the CPS said in a statement.

"The internet and social media in particular have provided new platforms for offending behavior."

The CPS is committed to combatting hate crime. Find out more about how we do it: https://t.co/FoQQxTR0kT pic.twitter.com/RcqtkSebIa

Prosecutors should also understand the changing nature of platforms and their policies for taking down material, while being alert to the need to identify "originators" as well as "amplifiers or disseminators," according to the documents.

The presence of hateful content on social media sites has repeatedly been highlighted, and community groups monitoring anti-Semitic and Islamophobic abuse report that a significant proportion of incidents involve the internet.

Paul Twocock, the director of campaign at Stonewall, warned that discrimination remains an everyday reality for many LGBT people at home, at work and in their communities.

Fiyaz Mughal, the founder of campaign group Tell Mama, which measures Isamophobia in Britain, said he welcomed the focus on social media platforms, adding: "Those who think that street based hate crimes should have precedent over online ones, should realize there is no competition in getting access to justice."

"Despite the progress we have made, we know that hate crime against LGBT people is on the rise. This is unacceptable. We will continue to support the CPS, as we work towards a society in all LGBT people can be accepted without exception," Mr. Mughal added.

Thank you for taking part in our #hatecrimematters poll: ‘How does the CPS combat hate crime?’ Here’s the answer: https://t.co/hnBSMG4UZJ

But Stephen Silverman, the director of investigations at the Campaign Against Anti-Semitism (CAA) said the "relentless three-year rise" in anti-Semitic crime has been met by a "decrease in the already low prosecution rate for offenses against Jews and a complete lack of transparency by the CPS with regard to the manner in which it deals with antisemitic crime."

"Our latest survey of the Jewish community shows the extent to which it has lost confidence in the will of the criminal justice system to protect it. Unless the CPS changes its stance towards crimes committed against Jews, those who commit them will be emboldened to continue offending and Britain's Jewish population will continue to worry that it does not have a long-term future in this country," Mr. Silverman said.