Meet the Doctor Who Made Gaddafi Shiver (PHOTO) 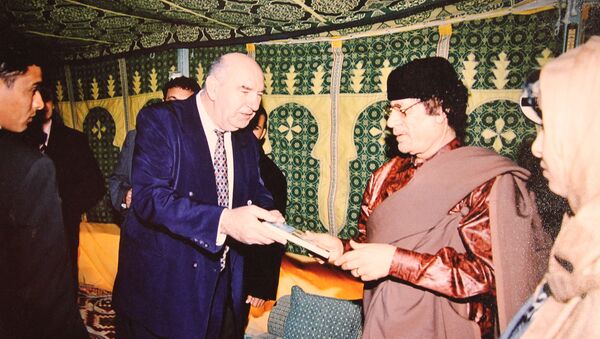 Gaddafi was Vukoje's patient and was not ashamed to confess that the Serbian doctor made him nervous.

"I am proud that I had the opportunity to get to know him. For the first time we talked in his tent in 2006. He then invited the national television to film our conversation. But no one feels careless before a surgical operation and he [Gaddafi] confessed: The whole of Libya stands in awe of me, and I am in awe of the Serbian surgeon," Vukoje recalled in an interview with Sputnik Serbia. 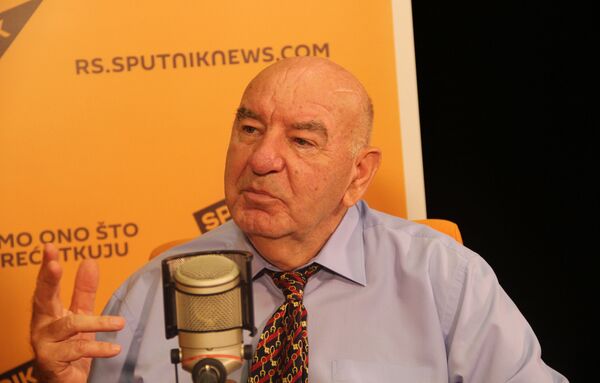 The doctor explained that before he met the Libyan leader, he performed a surgery on one of the Libyan ministers who were on a visit to Belgrade and had severe apnea attacks. The politician later recommended Vukoje to the Libyan leader.

"I spent quite a lot of time with him… and in general, I would like to say that during Gaddafi's reign the life in Libya was very good. I traveled across world, but Libya was the only country where I did not see beggars on the streets. The state authorities helped everyone to live decently," he noted.

Post-Gaddafi Libya Sees Spike in Human Trafficking
In Vukoje's opinion, there were external forces who were interested in Libya's political collapse.

"It is like the domino effect: you find three dissatisfied people, then you find three more, and then three more again. This is how this unfortunate war began, and you see how it ended. A general who drove me there says that people simply have nothing to eat, no water, no gasoline. This is a nightmare," Vukoje concluded.

Libya has been mired in a civil war since its longtime leader Gaddafi was overthrown in 2011. A UN-backed government of national accord controls the country's west and has its headquarters in Tripoli. Eastern Libya is now governed by a parliament based in Tobruk, which is backed by the Libyan National Army loyal to Gen. Khalifa Haftar.