Ratings War: After Syria and N Korea, Washington May Strike Closer to Home 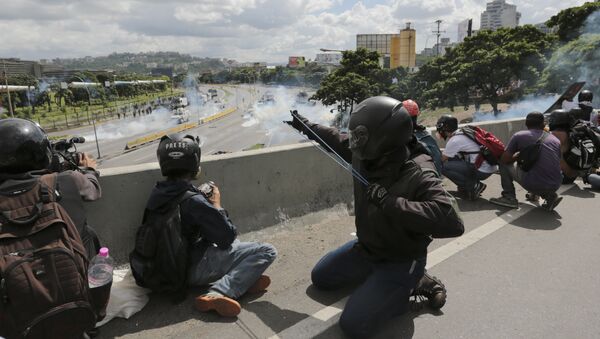 While Syria and North Korea remain the focus of worldwide attention, the US continues to exert considerable pressure on "undesired regimes" in Latin America, Russian scholar Igor Pshenichnikov writes, wondering who will become Washington's next "target."

Venezuela may be easy prey for Washington, Igor Pshenichnikov, the head of the Russian Institute for Strategic Studies' (RISS) Center for Public Relations, writes for RIA Novosti, weighing up the possibility of a US military invasion of the country.

Last Friday US President Donald Trump dropped the hint that the military option against Venezuela is now on the table.

"We have many options for Venezuela," Trump told reporters, "And by the way, I am not going to rule out a military option."

Following Trump's threat of a possible military invasion of the country, on Monday Venezuelan President Nicolas Maduro called for military drills which are due to take place on August 26-27.

"Venezuela will not be threatened," Maduro said as cited by the Venezuelan media outlet Panorama.

Moscow Slams US' 'Unacceptable' Threats to Use Force in Venezuela
According to Pshenichnikov, the prognoses which foresaw the US military intervention in Venezuela could turn into reality.

"It's hard to say now how it will look like," the scholar noted, "But one cannot exclude either a ground operation or air strikes similar to those launched by the Americans in April against the Syrian Air Force's field in Homs [governorate], or bombings of Libya, when the West overthrew Gaddafi."

Moreover, Pshenichnikov believes that the US military intervention in Venezuela appears to be more likely than an attack against Pyongyang.

"Caracas will not be able to respond as Pyongyang: Venezuela does not have nuclear weapons. Venezuela is easy prey for Washington," the scholar emphasized. 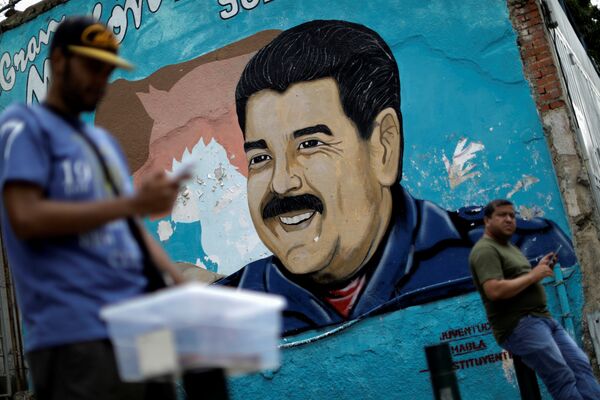 But there's more to the potential invasion than meets the eye, Pshenichnikov says: the truth of the matter is that Trump desperately needs a "small victorious war" to boost his ratings and counter fierce attacks of his political opponents which are seeking ways to impeach the US president.

On the other hand, Washington has long been harboring plans to take Venezuela and its oil resources under its control, the scholar noted.

And, finally, the US doesn't want Venezuela to become "the second Cuba" and facilitate the consolidation of Latin American left-wing forces. If that happens, the American "backyard" will become "non-accessible" for Washington.

World
China Unlikely to Take Over Venezuela’s Oil Exports in Case of US Sanctions
Pshenichnikov suggests that Washington has been orchestrating the demonstrations and violent protests in Venezuela for the last several months while seeking to topple the Maduro government.

In a video posted on the RISS website in July, the scholar pointed out that one is witnessing "a classic Maidan in Venezuela in the same pattern that was conducted by the US in Kiev in 2014."

The scholar writes that the US has deep experience of ousting "undesired regimes" in Latin America with the help of military force, referring to the armed invasion of Grenada in 1983 under the pretext of protecting American students, the CIA-organized military coup in Chile in 1973 against the legitimate government of Salvador Allende, and a covert operation to topple Guatemala's President Jacobo Arbenz in 1954.

The question arises what the consequences of the potential military intervention in Venezuela will be.

"It is very likely that this will be the beginning of the process of bringing to power [US-backed] puppet regimes in those countries of the region where anti-American forces are in power. First and foremost, this will be an impetus for the 'justified' cracking down on Cuba, Nicaragua, and Bolivia," Pshenichnikov suggested.

In a word, while the international community is being focused on Syria and North Korea, the US continues to act quietly, but determinedly, in its "backyard," the scholar says, predicting that Venezuela is likely to be the next victim.