Reasons Behind US Military Presence in This Asian Country 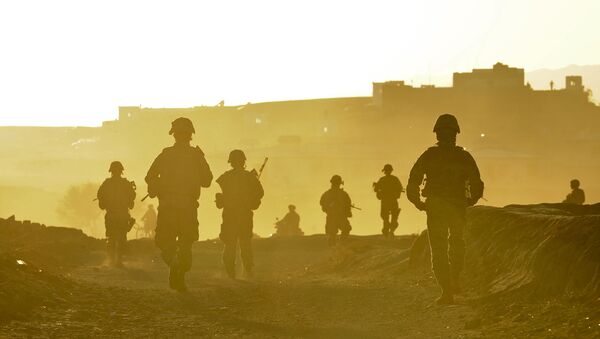 Donald Trump’s administration is currently considering various reasons for the expansion of the US military presence on the territory of Afghanistan. One of the reasons for staying may be Afghanistan’s mineral deposits, which could be of interest to Western companies.

NATO Convoy in Afghanistan's Kandahar Comes Under Attack, Casualties Reported
The US president, who is skeptical of significantly increasing his country's contingent in Afghanistan, suggested that minerals could be a reason to stay in the Islamic Republic.

However, some suggest that the US is not going to work for the good of Afghanistan. On the other hand, it will continue to export valuable minerals from Afghanistan, in particular – uranium.

How true is the information that the US is using huge transport aircraft to take out uranium from the province of Helmand?

The head of a mining organization from the Afghan province of Helmand, Naim Samim, spoke to Sputnik about this issue.

“At present, this territory is in the hands of the enemy, and we cannot penetrate it. There were talks about how the Americans and the British are mining uranium there. The US has an airport in the Garmsir area [Helmand province] and it is rumored that it is from there that the US exports uranium,” Samim said.

​However, he further said that he doesn’t know if this is actually the case or not.

“We do not have reliable information about this, so we can neither confirm nor deny this. So far no one has seen it: our specialists do not have access to this area,” the head said.

According to him, the valuable mineral uranium is available in many parts across Afghanistan, for example in the Kheirkhane area in Kabul and in some places in Herat, as well as in the Turkmen Valley and other places.

​“Its highest concentration is found in Helmand, Urozgan and Khanashin together with other elements. Furthermore, there is a lot of uranium in the south of Afghanistan in the Chaqi area. Its part is on the other side of the Durand line, which belongs to Pakistan. There is more gold and copper in these places also,” Samim said.

According to the head, the US, using air reconnaissance, has determined the availability of about 1,600 million tons of copper in the territories from Nimruz province to Paktika province.

​“There is a need to start geological exploration of the area because if it does not happen in Afghanistan, we will not be able to get accurate information about how much uranium and other minerals we actually have in our country,” Samim concluded.

This process produces a massive amount of energy from just a small amount of uranium. One kilogram of uranium can produce as much energy as 1,500 tons of coal.

Hence, uranium is also used by the military as nuclear fuel to power nuclear submarines and in nuclear weapons.

Depleted uranium, that has much less uranium-235 than natural uranium, is a dense metal that can be used as ballasts for ships and counterweights for aircraft.