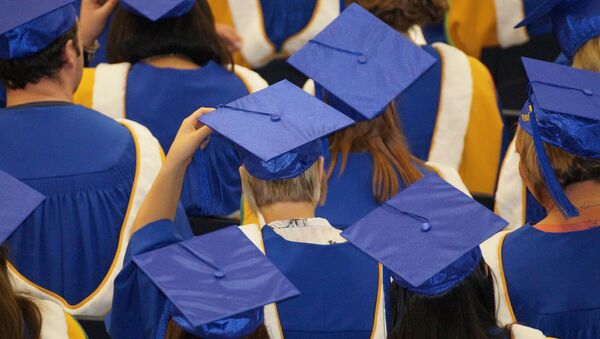 Invariably, young people on their way to college are advised to avoid the 'party lifestyle' like the plague. Danish research, however, threatens to challenge the established views, as it has found that students who drink have a better chance of remaining at school and successfully completing their education.

To the chagrin of teetotalers everywhere, wild partying isn't such a harmful thing after all when you are a university freshman, research from the Danish Evaluation Institute (EVA) found.

According to Tarpgaard Hartkopf, consequent abstainance from public libations may be an indicator that people standing out socially on other issues. Previously, almost half of all Danish university students were reported to feel lonely to some degree in a survey by the national Masters and PhD Students' Association (DM). This was attributed to a demanding transition to university life and challenges of establishing oneself in a new city.

"It's about getting a good start in the study. If you feel socially connected to other students, you will have a sense of belonging," Bjarke Tarpgaard Hartkopf said, venturing that it also made dropout less likely.

However, too much of a good thing may be harmful as well. Students who drink a lot were reported to also be in greater danger of dropping out. Both they and sober students were found to have a drop-out rate that was about 2 percent higher than that of moderate drinkers.

The EVA therefore recommended that the higher education programs reconsider the role of alcohol during studies, as another of the report's findings was that a longer intro process offering sound social activities reduces the risk of students dropping out.

"The educational institutions should consider whether they have a good alcohol policy that ensures that everyone is included, even teetotalers," Bjarke Tarpgaard Hartkopf said.

Overall, the research also revealed that almost one third of the higher education drop-out students quit or were expelled during the first three months, with over 50 percent leaving by the end of the first year.

Recently, growing housing problems was identified as one of the reasons for Danish students dropping out. According to According to Rasmus Okholm-Hansen, the deputy head of the Central Accommodation Committee, the pressure has never been greater, with far more seekers than campus housing available, which may have drastic consequences for future students, Danish Radio reported.