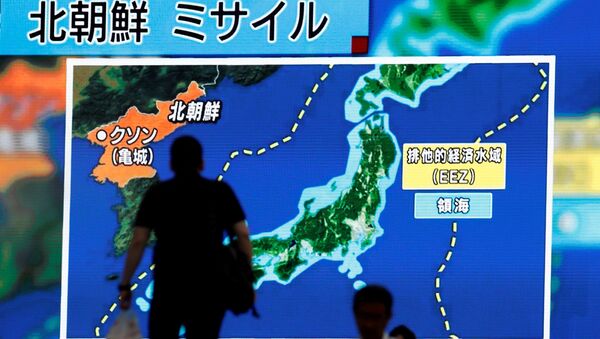 Earlier in the day, Japanese NHK reported that North Korea appears to have fired a missile which may have landed in Japan's exclusive economic zone. However, the broadcaster said that it could be just a projectile. The Kyodo news agency reported that the Japanese government was convening a national security council meeting in response to North Korea’s launch.

Meanwhile, the Pentagon said that it has detected what it considers to be a ballistic missile launch by the DPRK.

According to Japanese Chief Cabinet Secretary Yoshihide Suga, the missile flew for about 45 minutes.

US Admiral Would Nuke China at Trump's Order (And It's Not a Joke)
If confirmed, it would be the first missile launch carried out by Pyongyang after its first successful ICBM test as North Korea and the US describe it.

On July 4, North Korea announced it had successfully launched its first intercontinental ballistic missile, saying it traveled 580 miles and reached an altitude of 1,740 miles during its 39-minute flight before accurately hitting a targeted area in the Sea of Japan. The test immediately prompted sharp criticism from the international community.