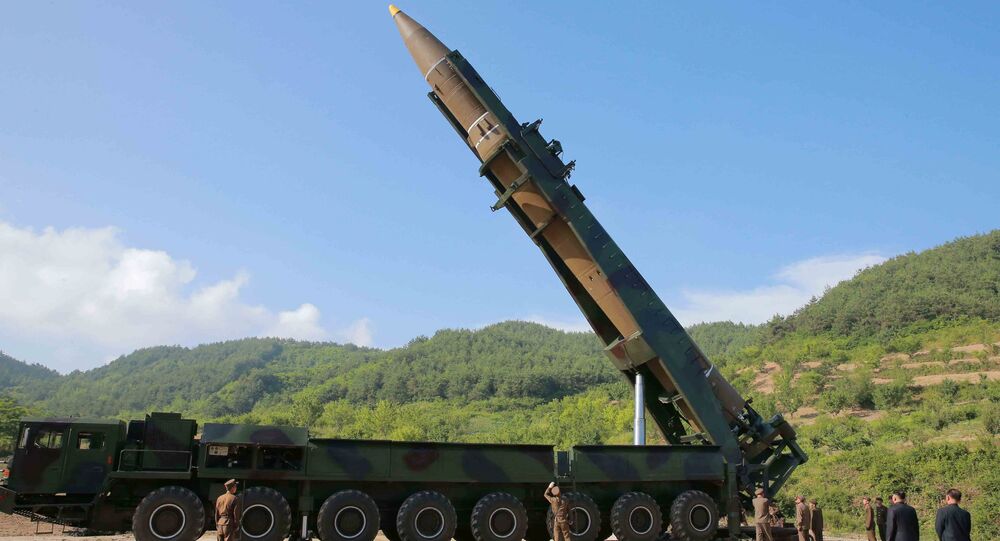 Pyongyang may have fired another missile, Japan's NHK said on Friday.

The North Korean military might have launched a projectile, probably a missile, according to Kyodo. The NHK broadcaster said the device may have landed in Japan's exclusive economic zone.

© REUTERS / KCNA
Pentagon Says It Detected Ballistic Missile Launch From North Korea
North Korea has carried out a number of missile launches and nuclear tests in recent months, all of which are considered to be in violation with relevant UN Security Council resolutions. The latest launch was carried out on July 4, when Pyongyang announced the successful launch of its first intercontinental ballistic missile (ICBM), the Hwasong-14, which traveled 933 kilometers (580 miles) before falling into the Sea of Japan.

The Kyodo news agency reported that the Japanese government was convening a national security council meeting in response to North Korea's launch.

According to Japanese Chief Cabinet Secretary Yoshihide Suga, the North Korean missile flew for about 45 minutes.

Time Running Out to Address North Korea's Threat - US General