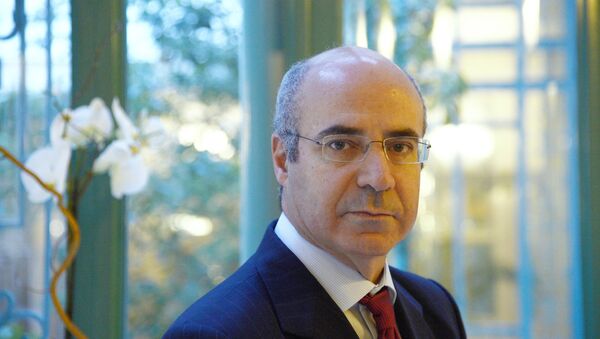 UK investor William Browder will give a false testimony to the US Senate Judiciary Committee in the panel’s probe into Russia’s alleged meddling in the 2016 US presidential election, Russian lawyer Natalia Veselnitskaya said in an interview with the Russian RT broadcaster on Wednesday.

Trump Jr, Manafort Agree to Be Interviewed by Senate Judiciary Committee
MOSCOW (Sputnik) – Browder, the chief executive of Hermitage Capital Management investment fund, was scheduled to testify before the committee as witness in the investigation on Wednesday but he later said this was shifted to Thursday.

"I am ready to provide all the interested parties in the United States as well as within the jurisdiction of any other states, with the proof of lies by Mr. Browder, his motives and reasons over which he today, despite the fear of criminal sanctions for giving false testimony, will do this. I am ready to defend my honest name in all the courts," Veselnitskaya said.

The Russian lawyer expressed doubt about the United States’ readiness to remember democratic principles and hear all arguments that will be presented in an "honest and open competitive and public process."

"I am sure that [Browder's] testimony will be read from a piece of paper," Veselnitskaya pointed out, noting that Browder’s speech had been prepared in advance.

However, the discussions reportedly centered around the issue of Russian children adoption by US citizens, a practice banned by Moscow in 2012. The restriction was endorsed as a retaliation to Washington's Magnitsky Act imposing sanctions on Russian officials responsible for the death of Russian lawyer and Browder's employee Sergei Magnitsky in Russia's custody. Browder was involved in lobbying the Magnitsky Act.

Mueller Reportedly Asks WH to Save All Docs on Trump Jr. Meeting With Russians
The collusion between Trump Jr. and Veselnitskaya was denied by both White House and the Kremlin with the latter saying that Veselnitskaya does not represent the Russian government. The Senate Judiciary Committee nevertheless pursued to investigate the claims.

On July 18, Veselnitskaya said that Browder, who had been sentenced in Russia in absentia to nine years in jail for tax evasion, was behind the "information campaign" aimed at harming her and the Kremlin. According to the Russian lawyer, the investor had collected private information about her. Veselnitskaya said that the smear campaign was a revenge for Browder’s recent defeat in a US court in the "Prevezon" company case in which Veselnitskaya acted as a legal expert representing the Cyprus-based holding company in its defense against allegations of money laundering.

Veselnitskaya also said that the June 2016 meeting with Trump Jr. was aimed at informing him about Browder's illegal support for Clinton.