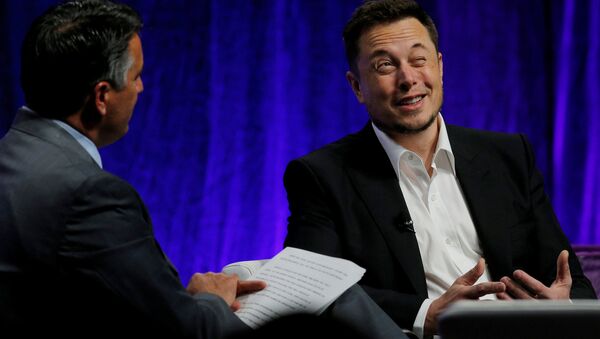 Billionaire businessman Elon Musk has taken a dig at rival Mark Zuckerberg, claiming the Facebook CEO only has a "limited" understanding of artificial intelligence. His remarks come after Zuckerberg described his scaremongering comments about AI as "pretty irresponsible."

Many people have a fear of a Terminator-style dystopia where robots and computers take over from humans. And Musk, who owns the Tesla electric car and battery company, SpaceX and several other hi-tech enterprises, appeared to be fueling those fears with comments he made recently.

"AI is a rare case where we need to be proactive in regulation instead of reactive because if we're reactive in AI regulation it's too late," he said at a meeting of the National Governors' Association earlier this month.

Musk also described it as the "biggest risk we face as a civilization."

Zuckerberg has increasingly used AI in Facebook's business model and he reacted badly to Musk's criticism.

"People who are naysayers and try to drum up these doomsday scenarios — I just, I don't understand it. It's really negative and in some ways I actually think it is pretty irresponsible," said Zuckerberg.

I've talked to Mark about this. His understanding of the subject is limited.

Now Musk has hit back and said Zuckerberg's "understanding of the subject is limited."

While not defending Zuckerberg per se, Gil Pratt, CEO at the Toyota Institute, has rounded on Musk.

"It's important to keep in context how good these systems are, and actually how bad they are too, and how long we have to go until these systems actually pose that kind of a threat," she said, referring to the dangers highlighted by Musk.

Rodney Brooks, the founding director of MIT's Computer Science and Artificial Intelligence Lab, has now also waded into the row.

"There are quite a few people out there who say that AI is an existential threat — Stephen Hawking, Martin Rees, the Astronomer Royal of Great Britain, a few other people, and they share a common thread in that they don't work in AI themselves," said Mr. Brooks.

Zuckerberg and Musk have history.

Last year a $200 million Amos-6 satellite belonging to Facebook was blown up when a SpaceX rocket carrying it exploded on the launchpad in Florida.

Tim's piece on AI is excellent, but we actually face a double exponential rate of improvement. AI hardware & software are both exponential. https://t.co/hSfNU8zxDu

"As I'm here in Africa, I'm deeply disappointed to hear that SpaceX's launch failure destroyed our satellite that would have provided so much connectivity to so many entrepreneurs and everyone else across the continent," a clearly miffed Zuckerberg said at the time.

2/2 Wish everyone who publicly talks about AI knew these two lectures worth of deep learning, by Patrick Winston: https://t.co/96eNWTuvtk