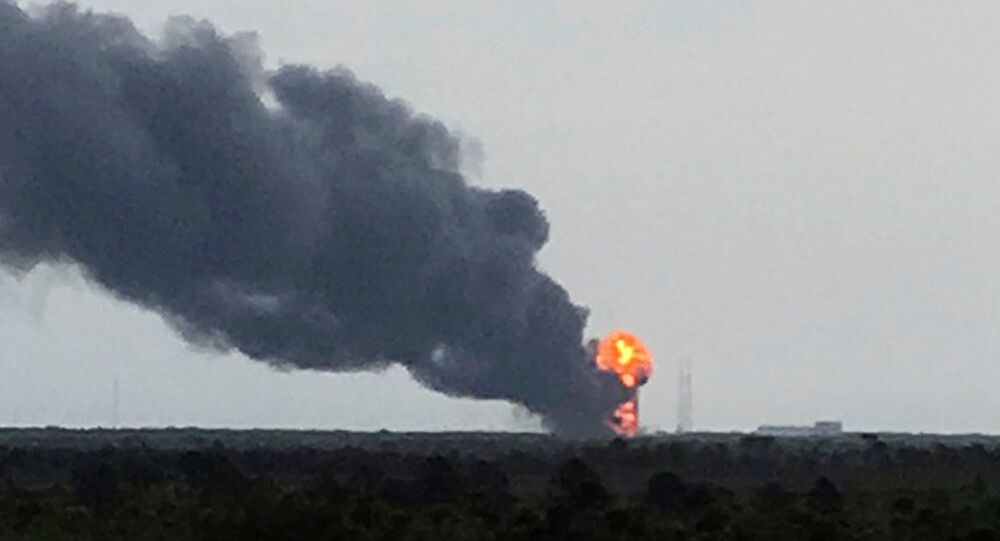 Facebook's $200 million Amos-6 satellite was destroyed when a SpaceX rocket exploded ahead of a planned launch from the US state of Florida, Facebook CEO Mark Zuckerberg said in a statement on Thursday.

WASHINGTON (Sputnik) — Around 9 a.m. (1:00 p.m. GMT) on Thursday, the Falcon 9 rocket exploded on the launch pad at Cape Canaveral Air Force Station. The US Air Force 45th Space Wing said there were no injuries and no threat to public safety following the incident.

"As I'm here in Africa, I'm deeply disappointed to hear that SpaceX's launch failure destroyed our satellite that would have provided so much connectivity to so many entrepreneurs and everyone else across the continent," Zuckerberg stated.

The satellite cost $200 million to build, according to a 2012 contract between Spacecom Satellite Communications and Israel Aerospace Industries.

Falcon 9 was scheduled to take off on Saturday to deliver the Amos 6 satellite into orbit.

On August 14, Falcon 9 launched with Japan's JCSAT-16 communications satellite. The first stage of the rocket successfully landed on a drone ship off the coast of Florida.