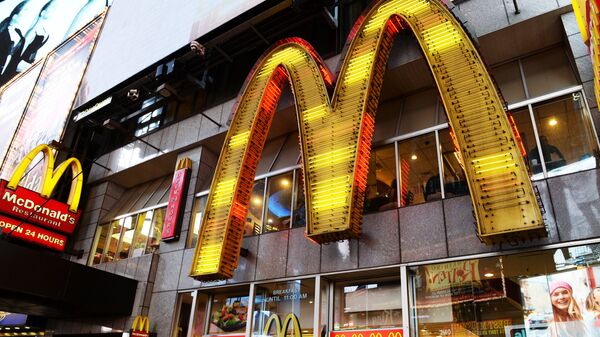 Earlier this month, a former McDonald’s employee identified only as Nick lost his job and no, it wasn't because he took too long getting hungry diners their McNuggets.

It was due to the Mc-Disgusting behind-the-scenes images he tweeted about the ice cream machine from his LaPlace, Louisiana, McDonald’s locale.

​How did the vigilant Nick come by these pictures, you ask? Were they staged, you inquire, brimming with hope?

​Not at all. Given the task of refilling the ice cream machine, Nick spilled something and made the momentous decision to clean it up – and that’s when he discovered the real mess.

"I tried to clean the machine after I spilled it, so I pulled [the trays] out from the side," Nick told Buzzfeed. "I was completely shocked by what I saw."

Responding to critics blaming him for the mold, he told the Huffington Post the task of cleaning the ice cream machine actually fell to the managers.

Initially unsure of what to do, Nick sat on the images for about two weeks until his inner do-gooder kicked in.

"I shared it because I wanted to let people know what they’re consuming, and how disgusting the conditions are," the former McDonald’s employee told BuzzFeed. "I always knew deep down I was going to post it."

In unveiling the McNasty working environment, Nick by all accounts was well aware he was going to get the boot.

​However shaken the fast food giant was over the ordeal, simply firing Nick wouldn’t solve the problem the online images presented. According to Nick, two people he believes were regional managers for McDonald’s tried to convince him to remove the images Monday, but he wasn’t going to back down.

"They were begging me to delete my tweet," Nick reported to BuzzFeed. "They said I was slandering McDonalds’ brand."

With the truth now out, the lives of many ice cream lovers are forever changed.

​And a certain competitor is indulging in some classic trash talk.

​"I feel like I did nothing wrong," Nick shared with Huffington Post. "I sacrificed my job to show people what they’re really eating."

Officially responding to the images, a Mickey Dees spokeswoman told the Post in a statement, "We are committed to running great restaurants that provide our customers with high quality food, service and a clean environment."

"This is a part of our soft serve equipment that does not come into contact with any food and is required to undergo regular and timely cleaning," the statement noted.

For the brave souls who decide to stick with the Golden Arches in this time of crisis, know you aren’t alone.