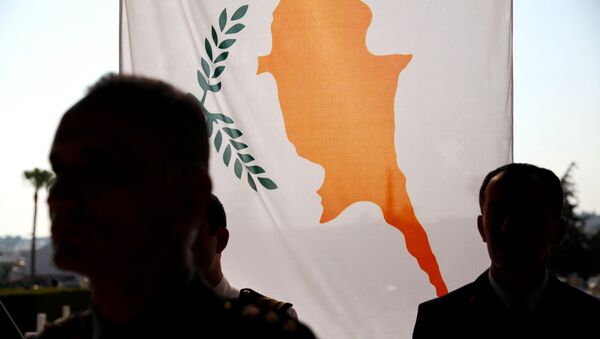 On July 20, Cyprus marks the 43rd anniversary of the island's 1974 invasion by Turkish forces. The intervention precipitated a chain of events that would see Greece democratized, and the island's northern half become an ostensibly independent republic of its own. The deleterious effects of the event endure to this day.

It was 05:30am on July 20, 1974, when Turkey launched "Operation Attila" — an invasion of Cyprus by 40,000 troops from the sea and air. Quite literally catching the Cypriot armed forces asleep, resistance was virtually futile.

#Cyprus marks 43yrs since #Turkey' s invasion, air-raid sirens sounded @ 0530
Did we draw any lessons from the past? Pics @katiachr1 pic.twitter.com/F7euJWYMcE

While Cyprus' and Greece's intelligence services were aware of the Turkish armed forces' movements, officials concluded Turkey was merely bluffing — it was only some three hours after the invasion began that Athens implemented official battle plans, and it took a further two and some hours before Greek radio even reported the news.

43 years ago on this day,July 20,1974, #Turkey launches offensive on #Cyprus
📸 pic.twitter.com/QpJz2xoJqA

​The belated reaction of Cypriot and Greek authorities allowed the invading forces to make considerable inroads on the island, consolidating their positions and crafting a bridgehead from Pente Mili to Agios Ilarionas, creating a connection with Nicosia's Turkish enclave.

​Without artillery or air support, around 12,000 members of Cypriot National Guard and Hellenic Force — backed by a motley assortment of the island's male population — valiantly but vainly attempted to resist the incursion.

Outmanned and outgunned, soldier and civilian alike resorted to a campaign of reprisal against Turkish Cypriots, razing the Turkish Cypriot enclave of Limassol, attacking residents (including women and children), and imprisoning thousands in concentration camps.

The President of the Republic at the memorial service for those who fell during the Turkish #invasion of 1974. #Turkey #CyprusProblem pic.twitter.com/aALU1SFFRA

​Some enclaves, such as Famagusta, were subjected to shelling and occupation by the military.

Despite the brutality engaged in by both sides, Turkish President Fahri Koruturk said the invasion was in fact a "peaceful intervention" aimed at restoring constitutional order in Cyprus, upturned five days prior by a coup which unseated President Archbishop Makarios and installed Nikos Sampson as leader.

The overthrow was instigated by the Greece's then-ruling junta, and supported by Cypriot nationalists who wished for "enosis" — the unification of the island with mainland Greece.

Instead, the confusion and instability that swept the island in the revolution's wake proved a golden opportunity for Turkey's government to do what it had so longed wished — to come to the aid of Cyprus' Turkish population, long perceived to be subject to discrimination by the island's Greek majority.

By the evening, the UN Security Council had issued Resolution 353, which called for a ceasefire and a withdrawal of Turkey from Cyprus. While unanimously approved, little was done to enforce it, and fighting continued. Come the turn of midnight, Turkish forces had occupied three percent of the island. It would not be until July 22 that a cessation of official hostilities was achieved. 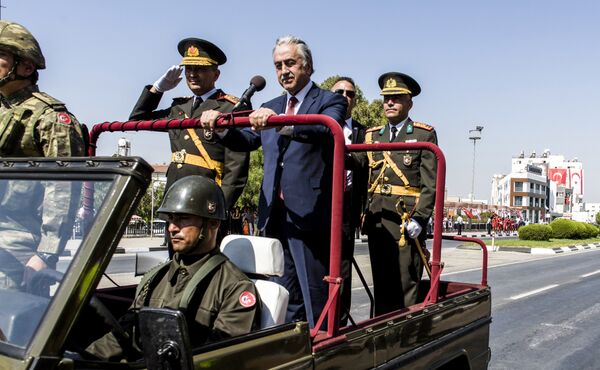 Turkish Cypriot leader Mustafa Akinci (C) rides in an army vehicle as he attends a parade in the northern part of Nicosia, the capital of the self-proclaimed Turkish Republic of Northern Cyprus (TRNC), on July 20, 2017 to mark the 43rd anniversary of the Turkish invasion of northern Cyprus in 1974.
© AFP 2022 / Iakovos Hatzistavrou

The invasion's immediate knock-on effects were seismic and wide-ranging — most notably, the Greek military junta's disastrous response to the crisis precipitated its unceremonious collapse on July 23, and its replacement by a democratic government.

Moreover, on August 14, 1974, another Turkish "peace operation" was launched, which saw the country's forces approximately 40 percent of the island — effectively its northern half — and create a ceasefire line which subsequently became a UN-mandated "buffer zone."

In effect, the country was partitioned — around 150,000 Greek Cypriots (amounting to over a quarter of Cyprus' total population, and one third of its Greek Cypriot population) were expelled from the north, and roughly 100,000 Turkish Cypriots from the south. In 1983, the occupied portion of the island declared independence as the Turkish Republic of Northern Cyprus declared independence —although Turkey is the only country that has ever recognized it.

Ever since 1974, unification talks have been held at intermittent intervals, and on each occasion failed to produce resolution.

The most recent round, convened over the course of 2017 in Switzerland, initially began with much optimism expressed by both sides — but similarly ended in stalemate.

In explaining the latest breakdown, UN Secretary General Antonio Guterres said an agreement was simply "not possible" due to apparently irreconcilable differences remaining between delegations on a number of issues. Although he refused to specify which, it's likely the complex web of "guarantees" of the island's security — in which Greece, Turkey and the UK are all considered powers of equal significance — proved a significant stumbling block.

While Greek Cypriots claim there is no need for a Turkish military presence in the contemporary epoch and Turkey should not have any rights as a guarantor power, Ankara believes the deployment remains necessary in order to ensure and protect the rights of the island's Muslim minority.

"The main obstacle is Turkish Cypriots want for Turkey to guarantee a settlement on the island just like in the 1960 Zurich agreement and the Greek Cypriots refused it. The Greek Cypriot side is not interested in establishing a common partnership state with equal political grounds," Dr. Haluk Kabaalioglu, a professor of law at the University of Marmara, previously told Sputnik. 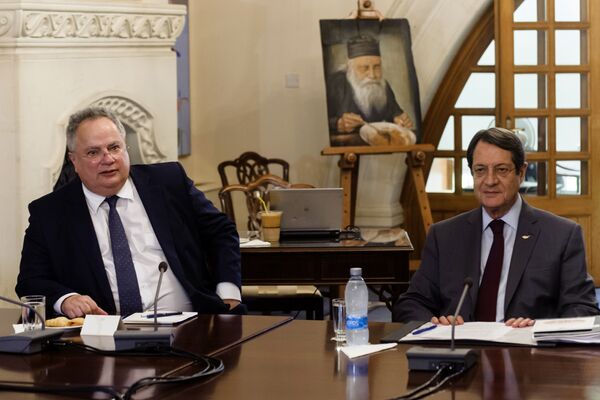 As a result, Dr. Kabaalioglu has given up hope of the two communities ever living in a single state on the island, instead believing the pair should agree a "divorce" akin to the friendly severance achieved by Czechs and Slovaks in 1993.

"It's clear there cannot be a solution to the problem. It is time now that the Turkish Republic of Northern Cyprus is recognized internationally," he explained.