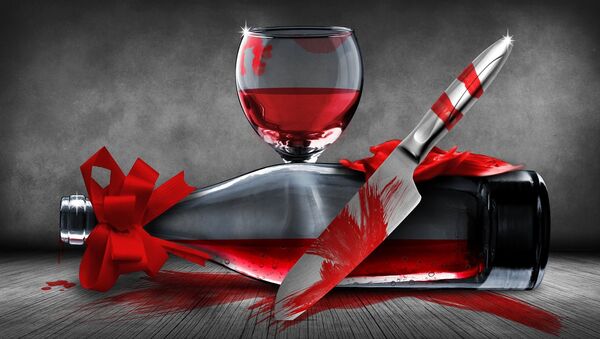 Police in the Netherlands have come up with an unusual decoration for the country's 30,000 prisoners – a calendar of unsolved crimes. The calendar features an unsolved murder or disappearance for every week of the year.

The Dutch police, known as the Politie, confirmed on Tuesday (July 18) the cold cases calendar will be rolled out across the Netherlands after a successful trial in five jails in the north of the country.

The hope is that many of those in jail will know details of some of the crimes or may have heard other criminals bragging about them.

This year's trial resulted in 160 tips about cold cases, including the case of Nicky Verstappen, an 11-year-old boy who vanished while at a summer camp near Brunssum in the south of the Netherlands in August 1998.

His body was found the following day.

Nobody has ever been convicted for his murder, but the police have reopened the case and many other unsolved murders and disappearances which are in their files in the hope of getting a vital piece of information.

​[Tweet: "After the summer the police want to investigate the DNA of about 15,000 men from local area."]

"But our trial shows that almost two-thirds of prisoners think the calendar is a good idea," he added.

Two other cases on the calendar have been reopened following tip-offs this year from inmates.

The calendar has been printed in Dutch, Arabic, Spanish, English and Russian, and around 800,000 euros in reward money is available for those whose information leads to a successful conviction.

On its website the Politie explained, in Dutch, why cases have been selected for the calendar.

"There are two important factors that play a role in this. On the one hand there are developments in forensics, which offer the teams more opportunities, such as DNA. On the other hand, witnesses can play a crucial role. Witnesses who had seen something at the time, but did not dare to come forward, sometimes dare to do so over time. Dutch research shows that there are also people who have heard something about an unresolved issue at a later date," they said.

The police have reopened a number of cold cases after a change in the law in the Netherlands.

The statute of limitations has been amended so that people can now be prosecuted for crimes with a maximum imprisonment of 12 years or more, such as murder.

The police say they can offer anonymity to people in certain cases.

"There is no penalty for keeping information about a criminal offense committed. Therefore, you do not have to fear persecution if you have been sharing information, even after years of deliberation," they said.