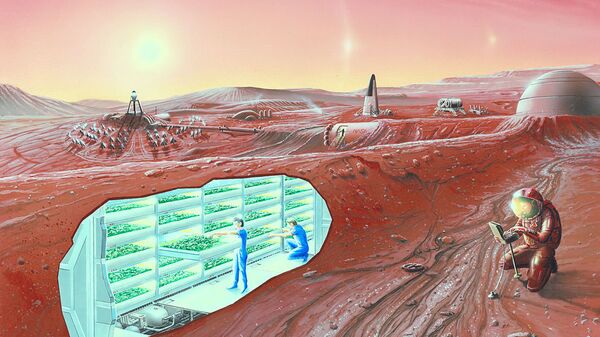 "I can't put a date on humans on Mars, and the reason really is the other piece is, at the budget levels we described, this roughly 2 percent increase, we don’t have the surface systems available for Mars," Gerstenmaier said in answer to a question tabled during a meeting of the American Institute for Aeronautics and Astronautics on Wednesday.

"And that entry, descent and landing is a huge challenge for us for Mars," he explained.

The admission comes after the space agency had previously made a bold target to reach the Red Planet in the 2030s. From 2018 – 2030, NASA is planning groundwork for a Mars mission including expeditions near the moon that test the capabilities needed for humans to live and work on Mars.

No Life On Mars? Study Shows Red Planet Is Deadlier Than Previously Thought
John Logsdon, Professor Emeritus and former Director of the Space Policy Institute at George Washington University, told Radio Sputnik that while the possibility is off the table right now, things could change in the near future.

"Bill Gerstenmeier said [that] under the current budget, it's impossible to plan precisely when we could land people on Mars, that future budget increases will be necessary," Logsdon explained.

"But our budgets are determined on a year-by-year basis and I think there's general agreement that in the 2020s the budget will have to increase in order to land on Mars in the 2030s. So, it's given the impression that NASA right now is not able to land on Mars and that's true because we're not ready to go."

From a cynic's point of view, NASA's head of spaceflight could be trying to put pressure on the White House to allocate more funds to the space agency.

President Trump's proposed $19.1 billion budget for NASA in 2018 is almost as much as the 2017 allocation of $19.3 billion, approved by his predecessor Barack Obama. The budget proposal supports space exploration but cuts some other programs such as NASA's Office of Education and some environmental science missions.

"President Trump has said he wants to send people to Mars, so you could interpret the NASA position as, if you want us to do that, increase our budget," Logsdon said. 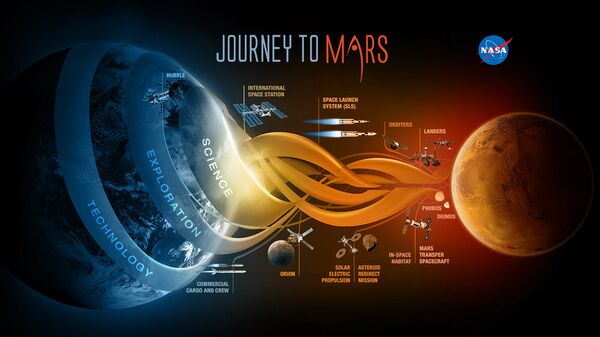 NASA is already developing the Orion spacecraft, which is undergoing testing and is intended to take humans to destinations including near-Earth asteroids, our own Moon, the moons of Mars and eventually Mars itself.

"They've conceptualized the next two pieces of hardware, a deep space gateway to be in orbit around the Moon as a staging point to go out to Mars, and a deep space transport vehicle that would only carry a few people at least to Mars orbit if not to land. Those are developments for the 2020s and 2030s, not for the immediate future," Logsdon said.

While NASA is currently limited by budget constraints, some private companies such as SpaceX and Mars One have declared intentions to colonize Mars. The expert thinks that SpaceX has the best chance to beat NASA to the prize.

How Gorbachev Destroyed the USSR's Military Space Program, & What It Cost Russia
"Of the major aerospace contractors, only SpaceX – or its leader Elon Musk – has said that he wants to send people to Mars. Elon says that he wants to develop a million-person city on Mars. He's very ambitious, he's done a lot of what his past ambitions have laid out, so you can't discount Musk and SpaceX as major players in this."

Whoever does manage to reach Mars first, will have to wait at least two decades to do so, Logsdon said.

"By 2033, we could be orbiting Mars and visiting its moons Phobos and Deimos. I would expect the first steps on the surface of Mars to be late 2030s or early 2040s, so still a long way away."