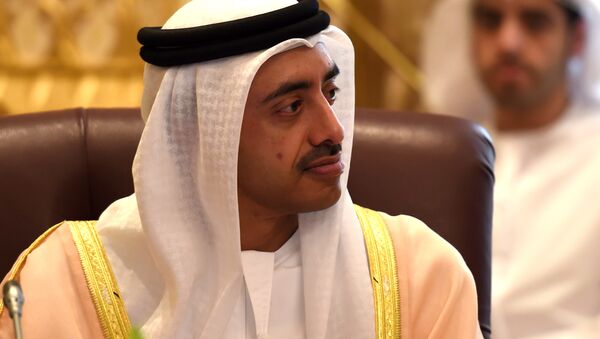 World
UAE Minister Tells UN Al Jazeera Should to Be Closed for Promoting Extremism
DUBAI (Sputnik) — On Tuesday, US Secretary of State Rex Tillerson said that the United States and Qatar had signed an agreement intending to disrupt financing of terrorist organizations.

"We of course welcome Qatar's signing of this agreement, but Qatar must also double its efforts to change the impression of many countries over its harbouring, supporting, and funding of terrorism, as well as for voicing extremist views, inciting violence and hatred … The State of Qatar signed two agreements with the GCC [Gulf Cooperation Council] countries, but it did not abide by them," Al Nahyan said at a press conference in Slovakia, as quoted by UAE state news agency WAM.

In June, Saudi Arabia, Egypt, Bahrain and the United Arab Emirates broke off diplomatic relations and communication with Qatar, accusing it of supporting terrorism and interfering in their internal affairs. Kuwait acting as a mediator in the crisis, handed over to Doha the ultimatum of the four Arab states with 13 demands, which Qatar refused to comply with.