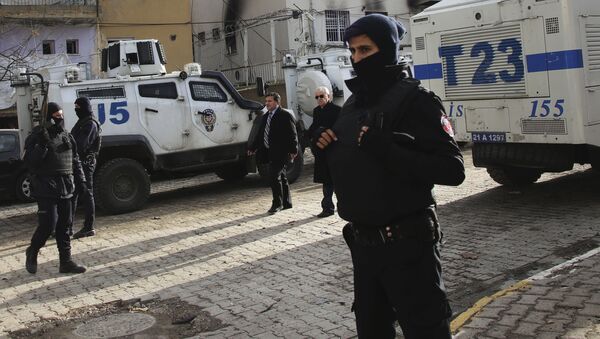 Why Turkey's Middle Eastern Policy Turned Into 'Complete Disaster' for Ankara
ANKARA (Sputnik) — Earlier in the day, five militants suspected of association with the Daesh terrorist group were killed in Turkey's central province of Konya, while four policemen that participated in the operation were injured, according to local officials.

"During an operation held in 29 provinces of the country, 233 people suspected of links to IS [Daesh] were detained. Twenty-five foreigners, detained during the operation, were transferred to migration departments," the statement said.

Daesh terrorists have committed several acts of terror inside Turkey. The latest attack was on New Year’s Eve, when a nightclub in Istanbul was attacked, leaving 39 people dead. On February 6, Turkey made sweeping arrests of 820 Daesh suspects across the country.