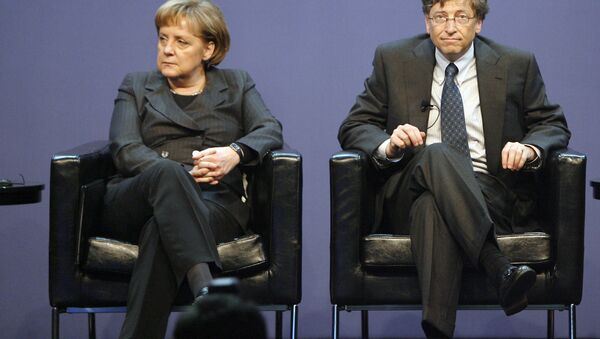 © AP Photo / Michael Sohn
Subscribe
The founder of Microsoft, Bill Gates, has delivered a strong message to Europe. Gates, who also heads up the Bill and Melinda Gates Foundation, has said that Europe as a continent must start to control its borders or risk an overflow of migrants - a drastic U-turn from his 2016 comments about how the US should follow Sweden and Germany's example.

The Microsoft founder has warned that Africa's population explosion will overwhelm Europe unless it makes the difficult decision to refuse migrants entry once they reach its shores.

Billionaire Blunders or the Best of Bill Gates

The billionaire's comments come as European leaders meet to discuss the surging in the number of migrants arriving in Italy and Greece each week.

Rome has already called on other EU countries to open their ports to the migrants and to ease the pressure they are currently facing.

In an interview with German paper Welt am Sonntag, Bill Gates said that population growth in Africa will no doubt result in  "enormous [migratory] pressure" on Europe unless countries increase overseas development aid payments.

​Gates did praise Germany which under Chancellor Angela Merkel, has, as he believes, achieved its commitment to devote 0.7 percent of its GDP to foreign aid. The businessman called this "phenomenal."

However, he also addressed the dilemma that Germany now faces with refugees and migrants arriving in Europe.

"On the one hand you want to demonstrate generosity and take in refugees, but the more generous you are, the more word gets around about this  - which in turn motivates more people to leave Africa," Gates said.

"Germany cannot possibly take in the huge, massive number of people who want to make their way to Europe," Gates added.

As a result, Gates said that Europe must make it hard for migrants and refugees arriving via current transit routes. 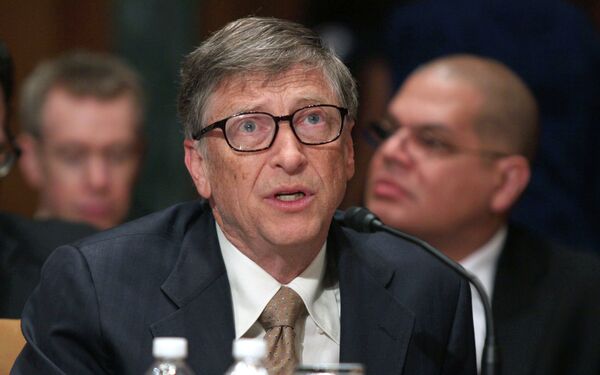 Some have questioned the philanthropist's comments, given that in 2016 he actually chastised the United States for not taking in enough refugees.

According to a BBC report, "Mr. Gates said his home country 'had the capacity' to follow the examples of Germany and Sweden, who were 'to be congratulated' for welcoming migrants."

000000
Popular comments
I have been saying this for many, many years that in this world mankind is screwing itself out of existence. They predict 10 Billion people by 2050. This world was not made for this many and it will get very ugly for mankind where everybody will be living in a waste land. Remember we already have a shortage of potable water and chopping down entire forests is not going to help.