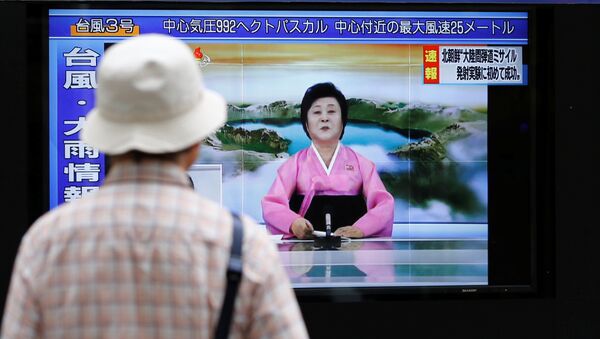 Asia
China's Response to N Korea Missile Launch May End Crisis - Trump
TOKYO (Sputnik) — Published by the North Korean Academy of Defense Science as cited by the Korean Central News Agency, the statement claims its new capabilities would "reliably defend the peace and stability of the Korean peninsula and the region."

"As a full-fledged nuclear power that has been possessed of the most powerful inter-continental ballistic rocket capable of hitting any part of the world, along with nuclear weapons, the DPRK will fundamentally put an end to the US nuclear war threat and blackmail," the statement reads.

The academy said the country's first ICBM, the Hwasong-14, was launched from northwestern North Korea at 00:30 GMT and made a 39-minute flight "before accurately hitting the target waters in the open sea" in the Sea of Japan.