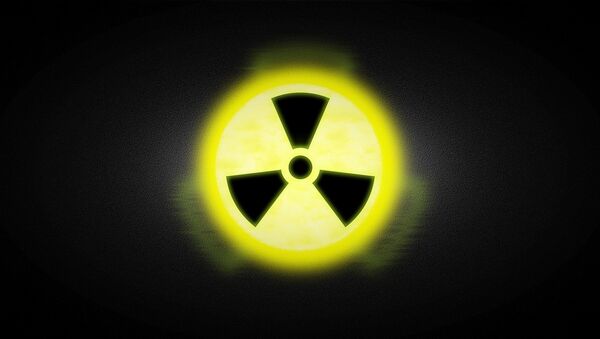 Since June 2016, the number of nuclear weapons worldwide has slightly decreased – but investment in modernizing arsenals has risen significantly, according to the 2017 Stockholm International Peace Research Institute (SIPRI) report on trends in nuclear warfare.

The decrease was primarily attributed by SIPRI to ongoing arms reduction efforts in Russia and the US — the pair possesses 93 percent of all nuclear weapons in the world between them.

However, several members of the nonet have effectively offset this reductive progress by developing or deploying new nuclear weapon delivery systems, or announcing their intention to do so.

Shannon Kile, Senior Researcher at SIPRI, said the development suggests that despite recent progress in international talks on a treaty banning nuclear weapons, none of the states will be prepared to give up their nuclear arsenals for the foreseeable future.

Most notably, the US is expected to spend US$400 billion between 2017 and 2026 on maintaining and comprehensively updating its nuclear forces — SIPRI cited estimates Washington may spend up to US$1 trillion over the next 30 years on this modernization program.

Such increases are not unexpected — the Donald Trump administration is merely continuing plans set out by former President Barack Obama, although some Republican congressmen have urged the White House to withdraw from the Intermediate-Range Nuclear Forces Treaty to abet the upgrade program.

The suggestion has met stiff opposition from Russian lawmakers. Yury Shvytkin, Deputy Chairman of the Russian Parliamentary Defense Committee, has said that Russia "will not stand by" if the US does violate disarmament agreements in order to build up its military force, and would take "adequate measures" in response.

As of January, Europe's cumulative nuclear weapons arsenal — in France and the UK — contains approximately 515 warheads, although only around half that total is considered operational.

In 2016, Westminster backed the Trident nuclear program's successor, and Paris signaled a desire to modernize its nuclear weapons capabilities — including the creation of a next-generation ballistic missile submarine by 2035. The French Ministry of Defense has initiated studies for a successor missile, with a focus on enhanced stealth and hypersonic technologies, the report said.

In Asia, China leads with the largest nuclear arsenal, comprising roughly 270 warheads, and has embarked on a long-term modernization program focused on making qualitative improvements to its nuclear forces, rather than on significantly increasing their size.

Pakistan comes in second with 140, while India trails behind with 130. Both are in the process of expanding their nuclear capabilities by land, sea and air, which could have consequences in the near future, given the two states' history of conflict. Moreover, the pair are beefing up their military fissile material production capabilities on a scale that may lead to significant increases in the size of their nuclear weapon inventories over the next decade.

On North Korea, SIPRI note the country carried out two nuclear test explosions in 2016, and ever since has conducted several missile delivery tests, with the alleged intention of developing an intercontinental ballistic missile that could reach US soil.

However, the report notes it's unlikely that Pyongyang has developed a sufficiently powerful nuclear warhead to reach mainland US, and the question of whether the country is capable of delivering a "miniaturized" warhead via short- and medium- range missiles was unresolved.

Similarly opaque is the question of Israel's nuclear arsenal, given the country's longstanding policy of neither confirming nor denying it possesses nuclear weapons.

Lay estimates suggest Tel Aviv has access to around 80 warheads, of which around 30 are gravity bombs for delivery by aircraft, and 50 weapons are made for delivery by Jericho II medium-range ballistic missiles, believed to be located along with mobile launchers in caves at a military base east of Jerusalem. The status of a new Jericho III intermediate-range ballistic missile is unknown, and there are unconfirmed reports the country may be equipping its fleet of six German-built Dolphin class diesel-electric submarines with nuclear-armed SLCMs.

"The danger of the newer, more modern weapons is they're smaller, so more likely to be used. They may be considered — or sold — as more acceptable, in they wouldn't cause complete annihilation. However, even the smallest nuclear weapons would cause immense devastation, and set off a chain reaction in which thousands would be launched. It's a bad time — the only good signs at the moment are emanating from the UN, with ongoing talks on a treaty banning nuclear weapons looking quite promising," Dave Webb, Chair of the Campaign for Nuclear Disarmament, told Sputnik.

Mr. Webb adds that while the talks have been boycotted by many countries, if they are successful, and it is deemed illegal to possess or use nuclear weapons, campaigners will be granted a major "lever" that would facilitate eventual disarmament.