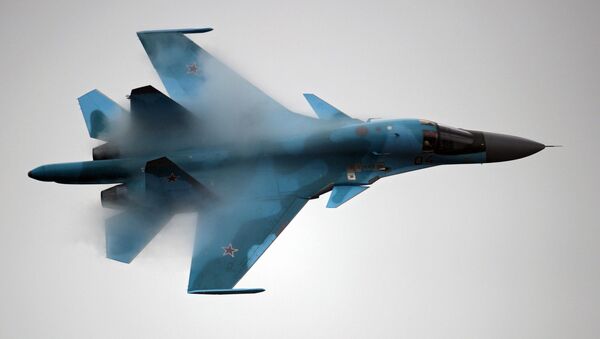 © Sputnik / Grigory Sysoyev
/
Go to the photo bank
Subscribe
The US-led coalition reported it had killed two important Daesh figures and said it would welcome the death of Daesh leader al-Baghdadi in a Russian airstrike, which is yet to be confirmed.

The statement also said the coalition had killed Samir Idris, a militant who funded outside attacks, on June 7 near Mayadeen in Syria.

You Don't Say? Syrian Military Fighting Daesh 'Not Bad Sign' - US Coalition
The June 7 coalition strike report lists one strike near Mayadeen, that "engaged an ISIS tactical unit and destroyed a vehicle."

According to the coalition, Idris was trusted by senior Daesh leadership to move funds across international borders to pay for the attacks.

US Has No Definitive Proof Russians Killed Daesh Leader Baghdadi

Russian MoD Releases Airstrike Photo That May Have Killed Daesh Leader Baghdadi
The Russian Defense Ministry said on June 16 that Baghdadi might have been among a group of terrorist leaders attending a so-called Daesh military council that was killed in a Russian Aerospace Forces strike on May 28 south of Raqqa in northern Syria.

Commenting on the news, Russian Foreign Minister Sergei Lavrov said he could not give a firm proof that the Daesh leader was killed.

In 2014, Baghdadi declared the establishment of an Islamic caliphate and named himself caliph.

The US State Department designated Baghdadi as terrorist in 2011.

"If he is [alive], we suspect that he is not able to continue to influence what is happening in Raqqa," Dillon told reporters.