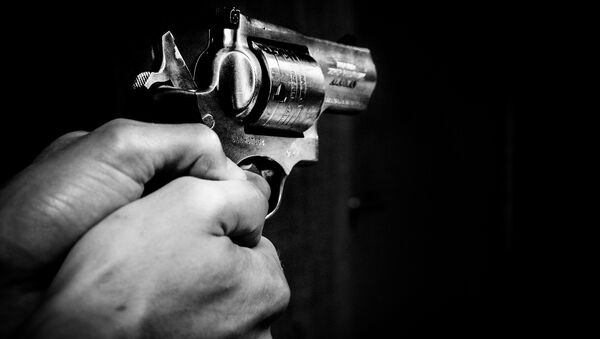 CC0 / Pixabay /
Subscribe
When a young woman is gunned down in a London park on a summer's evening you might expect it to get significant media coverage. But when 20-year-old Mohanna Abdhou was shot dead at the weekend it barely registered amid the furor of the UK general election.

Two men were arrested on Wednesday (May 31) in connection with the death of Ms. Abdhou, who was known to friends as Montana, but the case has not figured on national television news as it may have done if the victim had not been from an ethnic minority.

Ms. Abdhou's family, who live in Northolt, west London, were originally from Iran and it is thought that may have had a bearing on the case's low profile in the media.

​She had been standing with her friends near a children's playground in Kilburn, a neighborhood which has seen a spate of gang murders in recent years, when a masked gunman on a bicycle fired four shots around 9pm on Friday (May 26).

Paramedics tried to save her life but she died at the scene 30 minutes later from a single gunshot wound to the stomach.

It is thought the murder was linked to a feud between the South Kilburn Gang (SKG) and a rival gang from the nearby Mozart housing estate.

Karen Buck, the Labour MP for Westminster North who is defending a majority of 1,977, tweeted after the murder:

In 2013 another innocent woman was shot dead as a result of another feud involving the SKG, who are sometimes known as the Money Making Family.

Sabrina Moss, 24, a nursery teacher and young mom, was shot and killed as she enjoyed a night out with friends in Kilburn.

Hitman Hassan Hussain, 29, was wielding a Mac-10 submachine gun. He was jailed for life along with 20-year-old Yassin James. The trial heard Ms. Moss had been standing near to one of their intended targets, a gang member.

​Last year it was reported violent crime, involving guns and knives, had jumped in the capital and was being spearheaded by up to 225 gangs.

A 19-year-old man and another man, aged 20, were arrested in the early hours of Wednesday (May 31) but Detective Chief Inspector Andy Partridge said: "Whilst arrests have been made, this investigation is still in its early stages and I believe the public can provide further information to assist the investigation.

"In particular I am keen to trace anyone who saw the two 'masked' suspects together on bicycles, either in Malvern Road, or nearby before or after the attack."

Ms. Abdhou's family has put out a statement saying they were "truly saddened, heartbroken and still in complete shock."

UK Guns and Knives Crackdown Increases Rise in 'Shocking' Acid Attacks
The statement said: "She was a loving daughter, sister and friend. She was loved by everyone and her warmth and kindness will be remembered fondly.

"The thought that anyone can go out there and murder an innocent person is truly heartbreaking and we wish that no other family ever goes through such distress. She will always be in our minds and in our hearts. Our family needs answers as to what happened to our beloved Montana, someone must know something, or have suspicions about someone being involved."

Eyewitness Reiss Graham, 25, said: "She was looking towards whoever had shot her. She was quiet, she was in shock, I don't even think she would have felt it. She said she had been shot. She asked for help, and then the boys who were probably the intended targets scarpered."

The Metropolitan Police, which is already struggling with the battle against Daesh-inspired terrorism, is finding it hard to cope with the rising wave of gang-related violent crime.

The force, better known globally as Scotland Yard, announced this week it planned to fill some of the 600 detective vacancies it has with recruits from outside the police force.