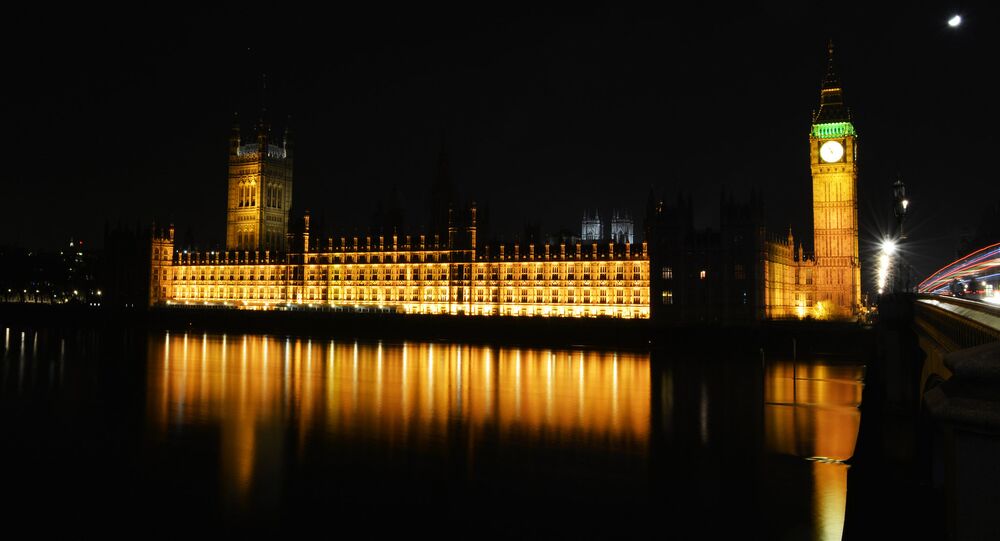 Despite the UK government’s US-style crackdown on gang activity, London is looking more like a battleground. Recent statistics show that violent crime levels in the capital are soaring with rape, murder, and gun and knife offences becoming increasingly common.

© Flickr / Paul Townsend
London Police Trying to Diffuse Tensions After Rare 'Gangster' Shooting
London, along with Manchester and Liverpool, has always had a problem with organized crime. In fact, it was the first ever city documented to be the world’s gang capital.

From the earlier street gangs of the Hoxton Mob and Watney Streeters, to the more recent Peckham Boys and Tottenham Mandem — there is a total of 225 recognized gangs and 3,600 gang members operating in London today, according to Metropolitan Police Service (MPS) intelligence.

Fifty-eight of these gangs are considered to be particularly active as they are deemed responsible for two thirds of the crimes committed.

New figures released by the Office for National Statistics (ONS), suggest violent crime in London has jumped by 27 per cent in the year to September. The number of murders has also increased by 14 percent whilst, attempted murder went up by 10 percent.

Statement regarding the Met's work on detecting and preventing murder in London https://t.co/0xhCLM51Lx pic.twitter.com/xeJm5odWHH

ONS officials pointed to the "peculiar" rise in crime, concentrated around the London and South London areas. Mark Bangs from ONS said:

With homicide levels creeping up, the figures show a jump from 99 to 113 murders, most in the Metropolitan Police area, with South London witnessing a similar spike. The data also showed that one-quarter of the rise in knife crime occurred in the capital in the period of January- September 2015.  And a surge in rape and other sex crimes rose by 36 per cent – the highest figure since records began.

Overall, the rise in violent crime has remained almost static since 2004, and a number of reasons behind the recent surge have been offered. The ONS believes the increase is linked to improved recording techniques and witnesses being more willing to contact the police.

However, since the Conservative government slashed the police force budget, a shortage in detectives is being cited as the reason behind the crime wave.

"We have had experienced detectives taken off murder squads, where they might be looking at gang-related crimes, and put into teams dealing with historic sex allegations, for example. We need a specific look at the impact this has had on the murder rate."

Migration patterns have also been cited as a reason for the surge, with David Wilson, professor of criminology at Birmingham City University saying that "the pattern of immigration is part of a cocktail of factors that has led to the increase in the murder figures".

© AP Photo / Matt Dunham
UK Chancellor Accused of Putting People at Risk Over Police Cuts
The government insists budget cuts and changes to the police force have little or nothing to do with the crime wave. The police minister, Mike Penning said “the Government has made reducing violence, including knife crime, a priority and continues to work closely with the police and other organizations to tackle the drivers of these crimes.”

The Home Office referred to the ONS own statement which "said the number of homicides recorded by the police is relatively low and fluctuates" and reiterated that the data should be "interpreted with caution".

Others don’t seem to be so convinced. Jack Dromey, the shadow police minister, said:

"The Tories have slashed police officers by 17,000 and broke their promise to the public to protect frontline officer numbers. Now we see the biggest increase in recorded crime in a decade."

With what many interpret as an alarming rise in crime levels and an unacceptable approach to policing by the UK government, and what some deem a normal "fluctuation" of data – the latest figures may suggest London is once again moving in the direction of being crowned the gang capital of the world.