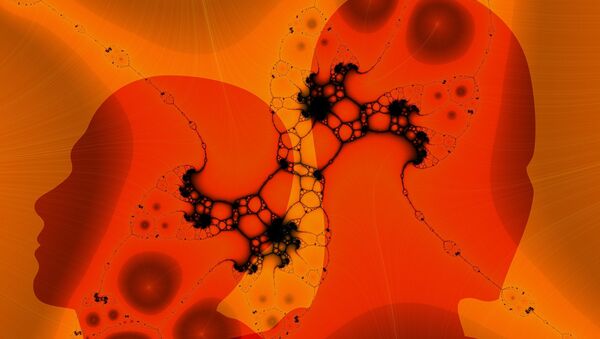 A new component called a "memristor" has the potential to revolutionize data processing, one of its creators told Sputnik.

Rostec Presents First Computers Based on Elbrus-8S Microprocessor at CIPR
A team of computer scientists have come up with a revolutionary new component which is able to significantly improve the performance of neural networks, a paradigm for information processing inspired by biological neural networks such as the brain.

Computer chips use more energy than human or animal brains to process information because they store and process data in separate places and carry out power-hungry operations to move the data back and forth.

Wei Lu, Professor of Electrical Engineering and Computer Science at the University of Michigan and co-author of a study published in Nature Nanotechnology, told Sputnik that the new component, called a "memristor," is a kind of electrical resistor that allows data processing to take place in the same place that the memory is stored.

As a result, the artificial neural network is able to better approximate the pattern recognition abilities of living brains, and potentially make lighter work of "big data" sets than conventional hardware.

"The brain's cortex manages the tremendous amount of information — the sounds, images, smells, etc. — flooding it constantly by reformatting the sensory information to various components called features, so that it takes very few neurons to process it," Lu explained.

"We achieved similar functions in the memristor-based artificial neural networks. The memristor chip can learn features from natural images it sees, and use the learned features to detect patterns in new data it receives and process the data using the detected patterns."

Science & Tech
Groundbreaking Study Takes First Big Step Towards Mass-Market Quantum Computers
The team of researchers created a 32 by 32 array of memristors and programmed them with "sparse coding" algorithms that were used to process images.

Sparse coding is a term used by computer scientists and neuro scientists to describe a mechanism by which biological neural systems are able to efficiently process a lot of stimuli while consuming very little power.

"Memristors contain materials that, when subjected to a specific voltage, can re-arrange their internal atomic composition. The new atomic arrangement stays put, even when the voltage is turned off. That's the memory part," Lu explained.

"The device also directly regulates current based on the history of voltages that have been applied to it, and that’s the processing part. Two functions happen simultaneously, just like synapses that connect neurons in a brain. Networks based on this device can directly emulate the morphology and functions of biological networks."

Memristors could have many applications in signal processing, computer vision, object recognition and neurobiology.  As a next step, Lu said the researchers want to scale up the size of the memristor network and develop more hierarchical network structures and algorithms to better understand what the new component is capable of.