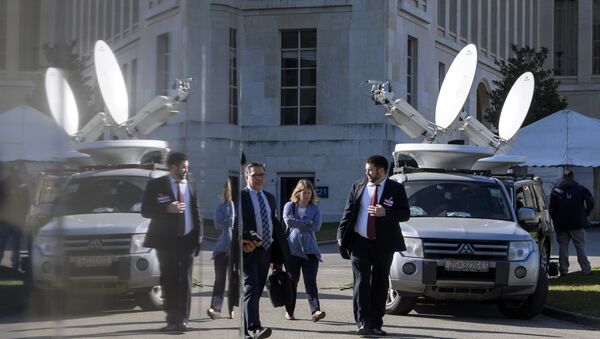 The strike of the US-led coalition on Syrian government forces in southern Syria should become the most important item on the agenda of the Geneva Syrian peace talks, head of the upper house's Defense and Security Committee Viktor Ozerov told Sputnik Thursday.

World
US Relies on Kurds in Anti-Terror Due to Mutual Gain in Syria - Iraqi Kurds Rep
MOSCOW (Sputnik) — Earlier in the day, the US-led coalition fighting Daesh (banned in Russia) conducted a strike in southern Syria against Syrian government forces because they were perceived to be a threat to coalition troops, a US defense official told Sputnik.

"I hope that this incident will not affect the Geneva negotiation process, but, conversely, will become the most important item on the agenda of the Geneva talks. There needs to be a clearer interaction between the coalition led by the US and the Syrian government forces," Ozerov said.

On April 7, the United States launched 59 Tomahawk cruise missiles at Syria's military airfield in Syria’s Shayrat, citing the alleged use of chemical weapons by Syrian forces in the village of Khan Shaykhunon on April 4, as the reason for this move.

It is unclear yet whether the strikes have killed any Syrian soldiers or pro-government militia fighters as there has been no official comment from Damascus so far.