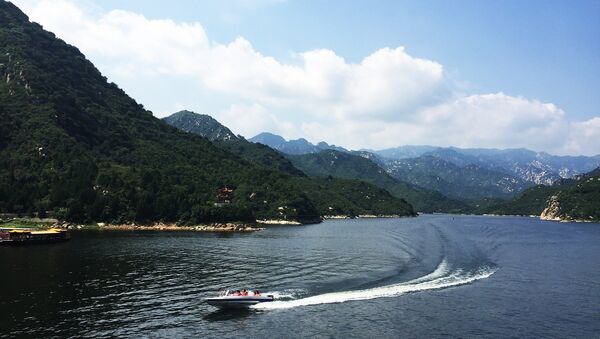 © Photo : pixabay
Subscribe
December 8, 2016, was an exciting day in Shanghai as experts announced that the discovery of the Qinglong Town archaeological site proved for the first time that Shanghai was another major port along the ancient Maritime Silk Road.

Temple to Mysterious Roman Deity Unearthed in Turkey
Due to its importance in filling in a gap in history, the site was later named on April 12 one of China's Top 10 New Archaeological Discoveries of 2016.

According to experts, the discovery at the Qinglong Town site of more than 6,000 ancient ceramic wares originating from kilns across southern China has served as evidence that the site was once an important port on the Maritime Silk Road, a vital trade route that took form during the late Western Han (206BC-AD25) and later boasted a booming trade in Chinese-made commodities such as silk and porcelain during the Tang (618-907) and Song (960-1279) dynasties.

"The fact that we found a large number of porcelain wares at the site that are very similar to those discovered in places in Japan and the Korean Peninsula tells us these porcelain wares may have been transported from kilns in southern China to Qinglong town and then shipped overseas to countries such as Japan and the ancient Korean kingdom of Goryeo," Chen Jie, the Qinglong Town project leader and also head of the Shanghai Museum's Institute of Archaeology, told the Xinhua News Agency in December 2016. 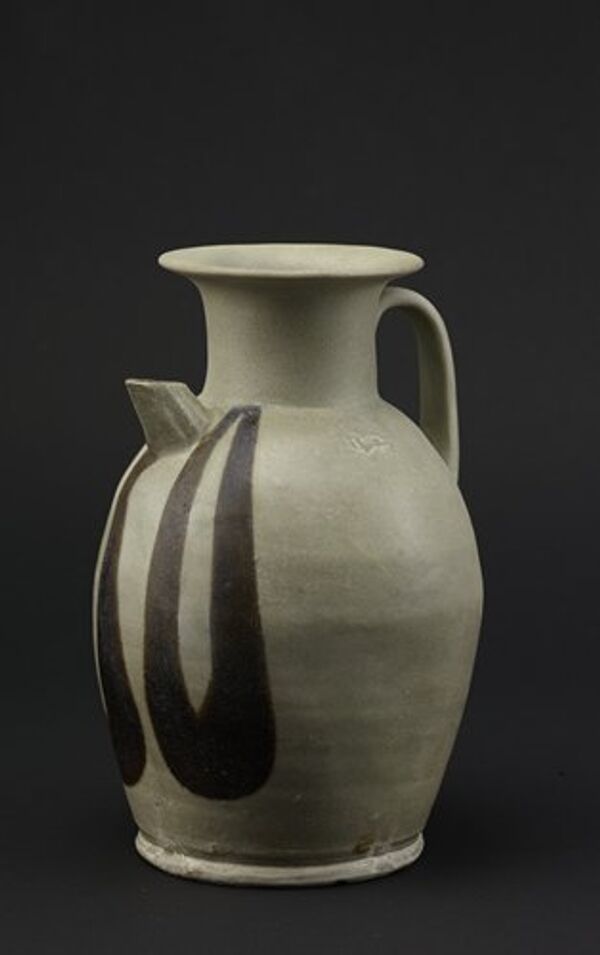 Moreover, the wreck of the Nanhai No.1, a Song Dynasty merchant ship, is another piece of solid evidence of the frequent maritime trade taking place between China and the rest of the world during that time. 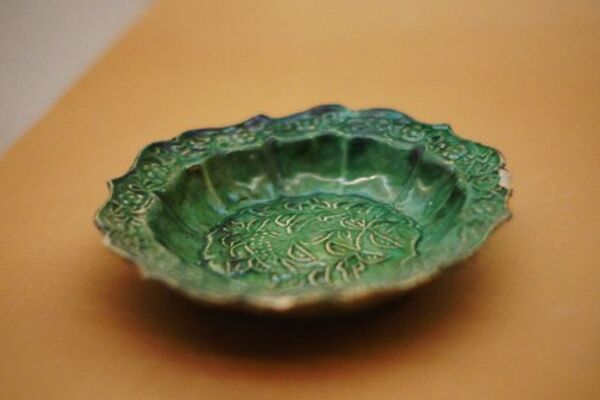 A Song Dynasty porcelain plate discovered in the Nanhai No.1 ship
© Photo : IC

Loaded with around 4,000 pieces of porcelain, the ship sank while it was on its way to Southeast Asian countries or possibly the Middle East. The shipwreck was discovered in the late 1980s off the coast of Yangjiang in South China's Guangdong Province — also a link on the ancient Maritime Silk Road — and later removed from the water in 2007. It is the oldest and largest ancient sunken ship ever found in China.

According to the Guangzhou-based Southern Daily in 2003, among all the objects discovered on the ship, the strangely shaped porcelain bowls that shared a striking similarity to those used in the Middle East and exotic porcelain-made jewelry boxes rarely seen in China at the time are believed by experts to be wares specially designed for foreign customers.

To better preserve the ship, the Nanhai No.1 along with all its relics are now on display in a seawater tank in the Crystal Palace, an all-glass venue at the Maritime Silk Road Museum in Yangjiang.

Unburying the Hatchets: Norway Discovers Two Dozen Bronze Age Axes
Aside from discoveries related to the Maritime Silk Road, a number of major archaeological sites have been found along the ancient Silk Road, a network of vital trade routes that connected the East and West.

Through the use of modern technology such as 3D modeling and remote sensing equipment, Chinese archaeologists made major discoveries along the Silk Road in 2013, including the discovery of six ancient city sites in the western part of the Hexi Corridor in Northwest China's Gansu Province. In July 2016, a Sino-Uzbekistan archeological team discovered a more than the 2,000-year-old tomb of an aristocrat in Samarqand, Uzbekistan. This discovery has helped provide new information allowing experts to better determine the northern border of the Darouzhi Kingdom, an important kingdom along the ancient Silk Road. 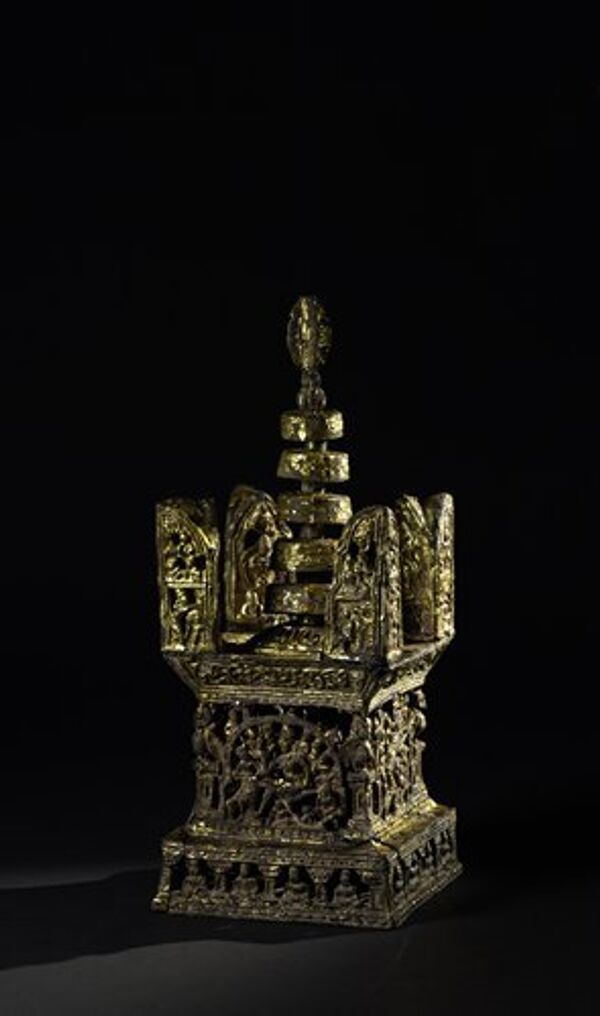 Major discoveries have also been made in Northwest China's Xinjiang Uyghur Autonomous Region over the past two decades.

"Xinjiang is an especially vital link on the ancient Silk Road," wrote Wang Binghua, former head of the Xinjiang Uyghur Autonomous Region's Institute of Archaeology and Cultural Relics, in his book Archaeological Studies on the Silk Road published in 2010. "Thanks to the dry weather there, many archaeological sites and relics have been well preserved," he wrote.

Some other major sites concerning Silk Road history in Xinjiang were first discovered in the early 1900s by Western "explorers." China-led excavation on these sites, such as the ancient remains of Loulan and Jingjue, two important Silk Road kingdoms that existed alongside the Han Dynasty, didn't start until the 1980s due to a lack of resources.

These sites continue to act as rich resources for Silk Road studies today.

"Aside from Han Dynasty silk and textiles, we have found cotton textiles featuring Buddha and dragon patterns," Wang wrote in Archaeological Studies on the Silk Road about his team's discoveries at the Ruins of Niya, the location where the ancient Jingjue Kingdom used to stand. "This discovery is worth our attention because the appearance of Buddhist messages and the large amount of silk products is evidence of the booming cultural and economic exchanges along the southern sections of the Silk Road." 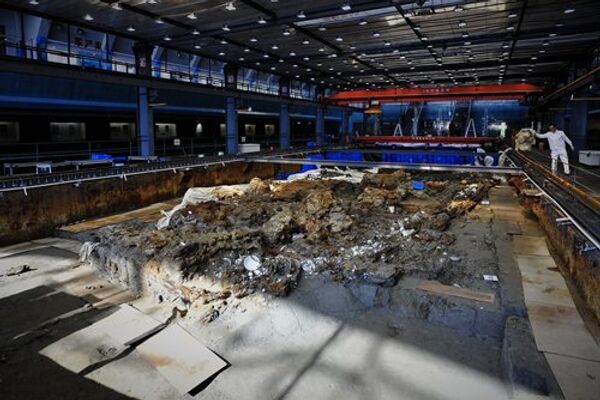 The Nanhai No.1 at the Guangdong Maritime Silk Road Museum in 2014
© Photo : IC

Talking about the Loulan Kingdom site, Wang — also the head of the first group of Chinese archaeologists allowed access to Lop Nor, a former salt lake in Xinjiang of significant archaeological importance that was used as a nuclear testing site — pointed out in his book that the discovery was important because it proved the existence of a kingdom that was once only known through historical records.