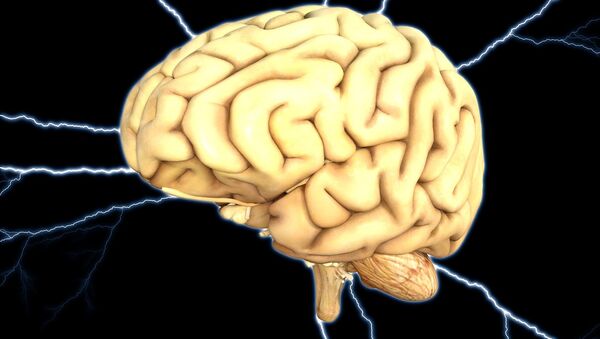 CC0 / /
Subscribe
The brain is often compared to a computer, a thrumming mass of circuitry, software and wires. If that's the case, it's surely possible to rewire it - to ensure mankind's onboard central processing unit is the best it can be.

That's the theory behind the latest project from the Defense Advanced Research Projects Agency (DARPA), the US military's shadowy research branch. It aims to enhance human cognitive abilities by activating "synaptic plasticity" — under the banner of Targeted Neuroplasticity Training (TNT).

​The idea was inspired by recent research, suggesting the stimulation of peripheral nerves, which relay signals between the brain, the spinal cord and the rest of the body, enhance an individual's ability to learn, via triggering the release of neurochemicals that reorganize connections in the brain.

Under the auspices of the project, DARPA is funding eight separate projects targeting those nerves with electrical stimulation, the ultimate objective being to translate those findings into real-world applications that boost military training regimens.

For example, allowing a soldier to learn a new skill (such as a foreign language) in weeks rather than years. If successful, such an innovation would have a huge impact on the armed forces — and the wider world.

One team, at Johns Hopkins University, will focus on speech and hearing, another at the University of Florida perception, executive function, decision-making, and spatial navigation in rodents, another at Arizona State University visual, sensory and motor functions.

Location of the anomaly on my neck = location of neurostimulation device from DARPA'S TNT Program.. #stentrode #mindcontrol #mkultra pic.twitter.com/aCrXfhgOGH

​There are already a number of products on the market offering cognitive, psychological, and physical performance enhancement — although whether that offer is genuine is debatable. Nonetheless, there are real world examples of "brain zapping" technology being used in certain spheres — US basketball team Golden State Warriors claim it gives their players the edge in training. In November 2016, US military scientists claimed to have artificially enhanced cognitive skills in staff using electrical brain stimulators.

​Still, it is not entirely understood how these devices work, if they actually do — DARPA program is to settle this debate, testing the efficacy of both implanted and non-invasive devices to understand not only whether they actually work, but if so, how. If there is indeed a link between neurostimulation and improved learning capabilities, the program will enter its second phase, and design devices that enhance training in foreign language learning, image analysis, and spatial navigation tasks.

The University teams involved have hitherto focused on repairing damaged brain circuits, and using targeted plasticity therapy to treat afflictions such as PTSD.

The big question now is whether their experience in recovering lost or deteriorated functions can translate into facilitating the addition of new functions and abilities.

​Many potential stumbling blocks remain. First and foremost, whether the research will yield tangible results is little more than speculation. Additionally, the project is likely to be highly controversial — public anxiety and ethical debate over human experimentation and intrusive biotechnology is intense.

In April, a story about a Swedish firm forcibly microchipping their employees to monitor how long they spent on bathroom breaks spread like wildfire on social media, and provoked much alarm — while the story was entirely false, such fears are perhaps understandable. The prospect of DARPA creating a band of cyborg soldiers will not be a welcome one for most, even if the reality is benign.

DARPA is concurrently conducting several other brain projects at present, such as using implanted chips to treat mental illness and restore memories and movement to battle-wounded soldiers — compared to such projects, TNT is fairly tame.

If it fails, it won't be the first time DARPA squandered vast sums on a failed project based on dubious assumptions — in the 1970s, the organization commissioned the Rand Corporation to assess "scientific and technical activities where substantial disparities exist between the respective US and USSR research programs on paranormal phenomenon." In essence, DARPA was concerned about a potential "psychic gap" with the Soviet Union.

The eventual report documented entirely fictitious Soviet "advances" in the fields of telepathy, precognition and telekinesis, and how millions of dollars were spent recruiting telepaths to conduct remote espionage. One such subject was charlatan Uri Geller.

​Other projects have been more successful. In 2010 the agency started a US$32 million program to develop and test the "robo-mule," a large bot used to carry heavy loads, and more recently created bionic arms for injured military veterans.