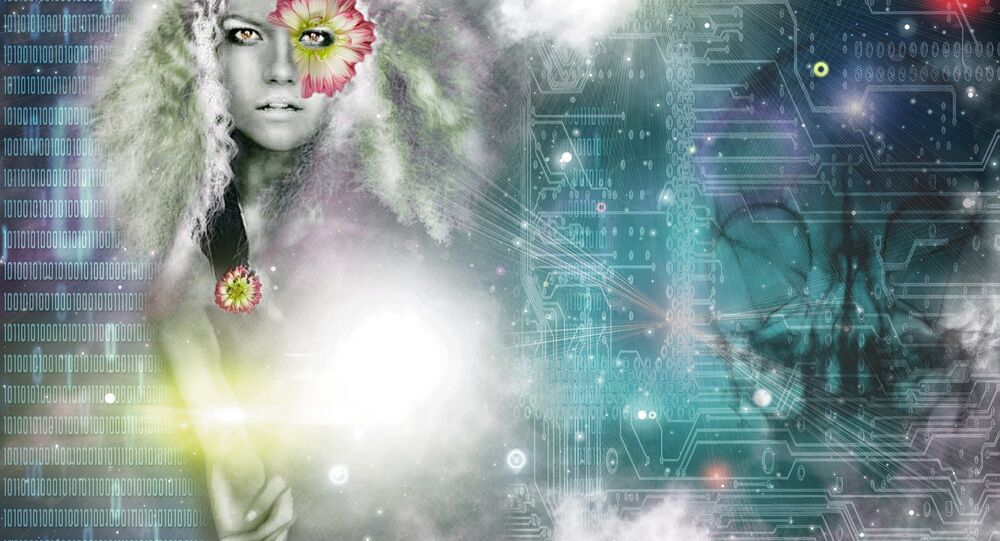 A Swedish firm is turning its employees into "cyborgs" using microchip implants, in order to track how long they spend on the toilet - except they're not. This false story spread like wildfire throughout the media, much to the shock of the company's chief executive - who told Sputnik the reality is much less nightmarish, and far more exciting.

Employees of Epicenter, a corporate innovation lab hub, situated in Stockholm, were no doubt mortified to read about how their employer was forcibly implanting microchips in their bodies to monitor how long they spend in the bathroom.

Some mainstream media outlets depicted a terrifying workplace ripped from the pages of a dystopian science fiction horror, with bosses injecting employees with alien technology, invading both their bodies and their privacy in the process.

Patrick Mesterton, Chief Executive and co-founder of Epicenter, says he was "shocked" at the "massive exaggeration."

"I can understand the attraction of an alarmist angle like that, but was amazed so few journalists actually bothered to check the basic facts. It's good some outlets are trying to get a more balanced picture — something like 95 in every 100 articles on the story missed the point," Mr. Mesterton told Sputnik.

To unravel the truth behind the story, it's necessary to go back to 2014. That year, Epicenter convened a conference on new technologies, where staff member Hannes Sjoblad, a leading Swedish biohacker, offered attendees the opportunity to be equipped with an RFID Microchip, at their own cost. Volunteers, who all sign consent forms, must be over 18 — and the chips themselves are stringently regulated, adhering to Mifare and NFC standards.

The cost runs to roughly US$150 per implant — somewhat steep one might think, but Mr. Mesterton says a number of employees were "queuing" up for a shot.

Since then, Sjoblad has organized a number of similar events, and the rate of uptake has "snowballed" — although the number of employees who have been chipped remains relatively small. At Epicenter, 2,000 staff are employed by 300 companies — only around 75 members of this total workforce have had chips, of which six are Epicenter staff. An additional 75 have had their implants done at Epicenter at open events.

"The implants are so-called passive chips — they have no built-in power supply, so can't send signals on a subject's position or movements. They get their power from and can only send data to reading devices that must be applied directly to the chip. Your mobile phone or internet search history poses a bigger threat than the RFID chip we use ever would. We're certainly not tracking when users go for a cigarette and how long the take — we simply can't," he continued.

The true purpose of the microchips is to simplify and optimize daily activities. Epicenter employees primarily use the chips to replace keys to access their offices, home and gym — although they also replace contactless payment and travel cards.

In Sweden, a world leader in contactless technology, some airlines even accept travelers with only digital documents.

In short, carrying a chip removes the need for carrying sensitive and easily stolen personal effects, reducing "dependencies and complexities" in daily life.

"We've barely scratched the surface of the chips' capabilities. I believe they could play a big role in monitoring an individual's health. Still, things are likely going to evolve gradually from here. Lawmakers are always behind technological developments, so legislation and regulations facilitating and governing our activities aren't going to happen overnight. Also, people have understandable concerns about having tech inserted into their bodies — I myself was skeptical at first," Mr. Mesterton told Sputnik.

"Moreover, no one can predict the future — it may be that in the next few years something comes along making the chips entirely obsolete."

The issues of legal permission, and personal consent, certainly both represent significant hurdles to the en masse microchipping of populations.

Despite suggestions up to half the US population could be equipped with microchips by 2025, public and political opposition to such an eventuality is significant.

In February 2017, for instance, Nevada State Senator Becky Harris began pushing for a bill prohibiting enforced microchipping of people, as she believes it should be made illegal before it becomes a real issue. Ten other US states have already passed legislation on microchips being administered to humans.

Nonetheless, biohacking is an area of significant interest to the tech sphere.

In March, Elon Musk, co-founder of driverless car pioneer Tesla Motors and space exploration firm SpaceX, announced the launch of a new venture, Neuralink, which aims to facilitate the interface of human brains and computers. Moreover, the enhancement of human capabilities via science and technology is a reality for many already, to varying degrees.