After Ukraine Deal Falls Through, Thai Army Signs Off on Tanks Made In China 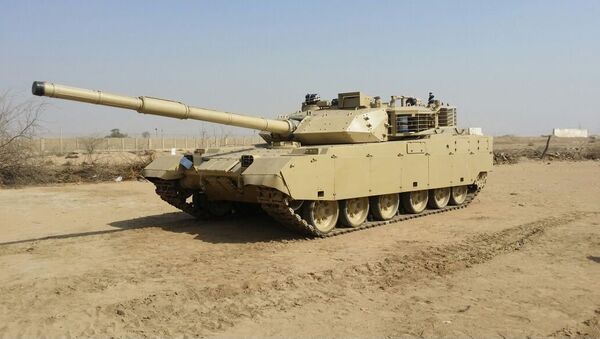 In light of Ukraine’s continued delays in providing Thailand with T-84 Oplot tanks, the Thai government has signed off on a measure to acquire 10 additional Norinco VT-4 tanks, Defense News reports.

The deal is worth approximately $58 million, a government spokesman said on Tuesday.

Defense Minister Prawit Wongsuwan ripped up a $241-million contract with the Malyshev Factory, a Ukrainian supplier, on January 11 of this year. The military chief cited internal conflict for Ukraine’s failure to send the Oplots to Southeast Asia, Sputnik reported.

In 2016, the Royal Thai Army added 28 of the third-generation Chinese tanks. The RTA plans to add 11 more of the ground vehicles to round out a fleet of 49 VT-4s, roughly one quarter of Thailand’s requirement to maintain 200 tanks.

Bangkok’s approval could foreshadow deeper cooperation with Beijing in Southeast Asia, The Diplomat noted. Thailand is one Washington’s firmest allies in the region, but since a 2014 coup, Bangkok-Washington ties have “cooled,” Channel News Asia reports.

The possibility of political upheaval and border disagreements, as well as the presence of Islamist separatist movements in the country’s south, present security threats for Bangkok, according to a US commercial guide on Thailand’s demand for foreign arms.

The Chinese-made tanks will help the country’s armed services phase out some of its 1950s-era M41 Walker Bulldogs.