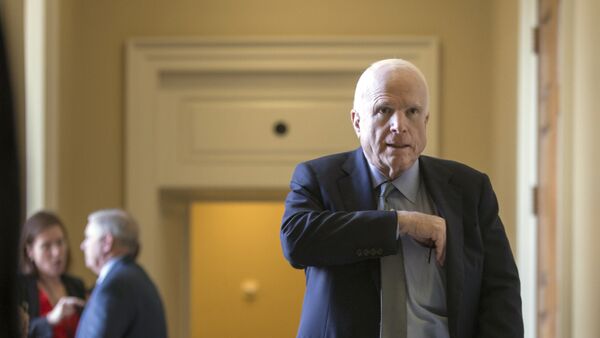 Washington's foreign policy shift toward Syria apparently signals that the Trump administration has recognized that their predecessors' Syrian strategy was highly inefficient. It also shows that the White House is likely to adopt a more pragmatic stance toward Damascus.

Washington has recently signaled that toppling Syrian President Bashar al-Assad is no longer a priority for the US in Syria.

"You pick and choose your battles and when we're looking at this, it's about changing up priorities and our priority is no longer to sit there and focus on getting Assad out," US Ambassador Nikki Haley to the United Nations told journalists Thursday, as quoted by Reuters.

"Do we think he's a hindrance? Yes. Are we going to sit there and focus on getting him out? No," she stressed.

Trump Administration Signals It Won't Seek Assad’s Ouster
For his part, US Secretary of State Rex Tillerson highlighted at a Thursday news conference in the Turkish capital stated that "the… longer term status of President Assad will be decided by the Syrian people."

Observers qualify the statement as a dramatic shift from the Obama administration's Syrian policy. The "Assad must go" mantra had been the White House's major imperative under Barack Obama.

Vladimir Bruter, an expert of the International Institute of Humanitarian and Political Studies, believes that the change in rhetoric shows Washington's decision to adopt a "realistic" approach toward Syrian affairs.

"The choice has been made, and, apparently, this choice is in favor of real politics," Bruter told RT.

'US no Longer Considers the Removal of Assad Their Priority in Syria'
The political scientist believes that the US stance toward the Syrian conflict was "destructive" from the very beginning and led to a large number of victims in Syria.

The US authorities could either continue the Obama Syrian policy or recognize the fact that Bashar al-Assad remains the only legitimate leader of Syria, he noted.

Meanwhile, more and more warring parties signal their willingness to join the Syrian negotiations and hold a political dialogue, Bruter highlighted. According to the political scientist, all parties concerned will sooner or later recognize the necessity of a diplomatic solution to the Syria conflict.

"The US has recognized this; it is a very positive move, and it means that the door to the negotiations is open. Let's hope that it will be successful, because the Syrian war must be brought to an end," Bruter emphasized. 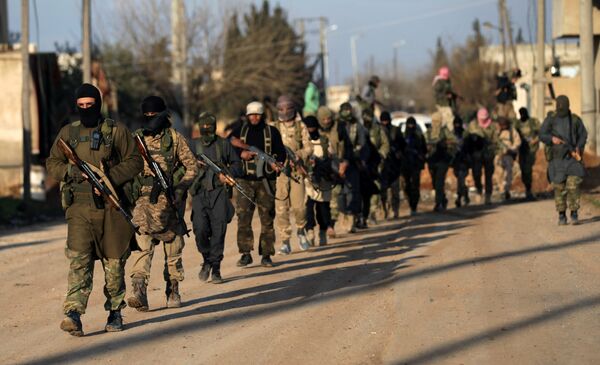 Fighters from the Ahrar al-Sharqiya rebel group walk with their weapons during a training near the northern Syrian town of al-Rai, Syria March 20, 2017
© REUTERS / Khalil Ashawi

According to Olevich, it was Russia's involvement in the Syrian conflict that swung the balance in Bashar al-Assad's favor and forced Washington to reconsider its stance.

"The efforts made by the Western countries to overthrow Assad have proven futile; now the US will have to hold negotiations with the other key players on the ground, including Moscow," Olevich told RT.

Washington Makes 'Very Significant' Decision to Abandon Regime Change in Syria
He underscored that the statements made by Haley and Tillerson "reflect a change in the situation in the region." Furthermore, it shows that the US has understood that "they are no longer able to determine the future of the states and their governments unilaterally," Olevich believes.

The Russian political scientist bemoaned the fact that it had taken so much time for the US to make this decision, after hundreds of thousands of people have fallen victim to the Syrian turmoil.

Olevich expressed hope that Washington will adopt a more pragmatic stance to what is happening on the ground.

"The consent of the [warring] parties on what Syria should look like after the end of the conflict is the key to end the war," Olevich stressed.

According to the political scientist, one will be able to talk about the completion of the military phase of the conflict in Syria only when key players reach compromise.

"We are still far from this point," Olevich remarked, adding ongoing political frictions within the US have become an obstacle to the Trump administration's open negotiations with Russia. 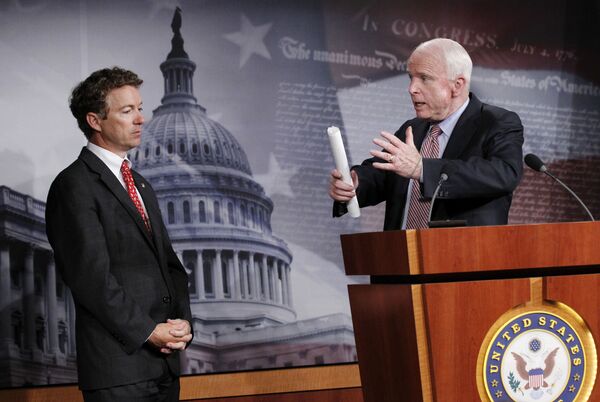 Needless to say, the Trump administration's stance has prompted fierce criticism from those US policymakers who had long propagated the necessity of a regime change in Syria.

"I am deeply disturbed by statements today by our Secretary of State and Ambassador to the United Nations regarding the future of Bashar al-Assad in Syria. Their suggestion that Assad can stay in power appears to be just as devoid of strategy as President Obama's pronouncements that 'Assad must go'," US Senator John McCain, Chairman of the Senate Armed Services Committee, said in an official statement Thursday.

"Ultimately, the administration's statements today could lead America's true allies and partners in the fight against ISIS to fear the worst: a Faustian bargain with Assad and Putin sealed with an empty promise of counterterrorism cooperation," McCain claimed.

Commenting on Tillerson and Haley's statement, Alexei Pushkov, a senior member of the Federation Council, the upper house of the Russian parliament, stressed that the shift is the recognition of the ultimate failure of Obama's policy in Syria.

​"The US no longer considers the removal of Assad their priority in Syria. This shift is a recognition of his power and the rejection of the failed Obama policy," Pushkov wrote on Twitter.