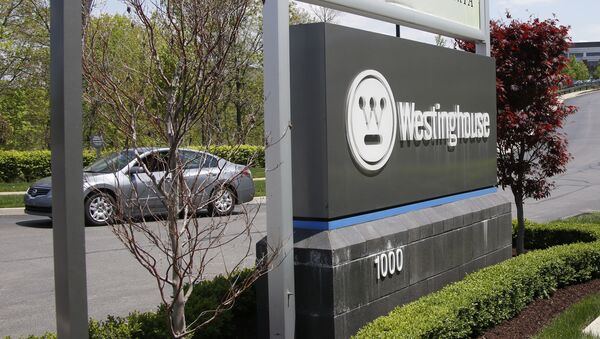 © AP Photo / Keith Srakocic
Subscribe
International
India
Africa
The construction of six nuclear reactors in India is put at risk by the dim economic outlook of the contactor, Westinghouse Electric.

NEW DELHI (Sputnik) — The construction of six nuclear reactors in India under the India–United States Civil Nuclear Agreement is likely to fall off the schedule due to possible bankruptcy of Westinghouse Electric, the official contractor, among other issues, local media reported Monday.

“The truth is the picture is very hazy at the moment,” a senior official at the Nuclear Power Corporation of India Ltd (NPCIL), responsible for the construction alongside the Westinghouse, told the Hindu Times newspaper.

Asia
It's Time: India's Kudankulam NPP 2nd Power Unit Reaches Full Capacity
According to the newspaper, the construction of the nuclear reactors in the Indian state of Andhra Pradesh may not be launched in June, as it was planned before, due to emerging reports that Westinghouse, the nuclear unit of the Japanese Toshiba Corporation, is planning to file for bankruptcy in the United States soon on the grounds of the amassed financial losses.

However, the deal may also be delayed because the Japanese parliament is yet to ratify the India-Japan Nuclear Cooperation Agreement (NCA), signed in November, 2016.

Asia
Russia to Help India to Get NSG Membership
If the parliament fails to ratify the agreement, the nuclear deal between Tokyo and New Delhi will be illegal as India is not a signatory of the 1968 treaty on the non-proliferation of nuclear weapons (NPT).