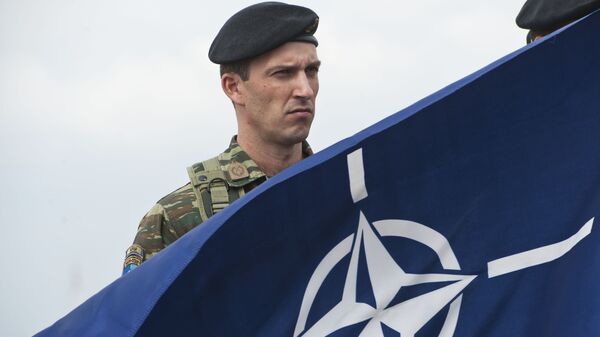 Russia regrets that Montenegro has decided to join NATO and sees no clear benefits of it for the alliance's and the country's security, Russian Foreign Minister Sergey Lavrov said on Thursday.

Failed Coup in Montenegro Argument in Favor of Joining NATO - Stoltenberg
MOSCOW (Sputnik) – The Balkan nation is expected to join NATO in 2017. The authorities plan to decide on the membership not through a referendum, but through a parliament elected in October 2016.

Montenegro was invited to join the military bloc in 2015. In May 2016, the Alliance members signed a protocol on Podgorica's accession, which should be ratified by all the NATO member states to allow Montenegro become a full-fledged member.

Earlier in March, Russian envoy to NATO Alexander Grushko told Sputnik that Montenegro's dragging into NATO was an attempt to show that the open door policy was alive, however, many understand its erroneous nature.

In February, Russian President Vladimir Putin said that NATO used an alleged threat from Moscow as a justification for its expansion. Several countries are actively negotiating NATO's accession, including Georgia and Ukraine, among others.