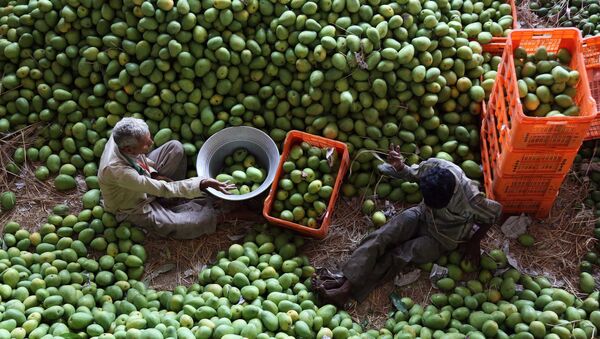 Chinese scientists have announced that embryonic mango cells brought back from space have been successfully grown into “space mangoes” that may someday become a high-quality, insect-resistant strain of the sweet fruit.

The mangoes came from the Shenzhou 11, a manned space mission that launched in October 2016 and returned the following month. During its 33 days in space, Shenzhou 11 docked at the Tiangong-2 space laboratory and crew members conducted numerous scientific experiments.

One experiment was to grow a new strain of mangoes by a process known as space breeding. Micro-gravity, radiation, sterile conditions and other circumstances unique to space allow the plant to adapt new genetic traits. This makes it easier for scientists to breed plants — and perhaps someday even animals — with favorable traits such as size, freshness, pesticide and insect resistance and so on.

The mango embryos were then returned to Earth and cultivated in a terrestrial laboratory.  And the experiment has begun to bear fruit — literally. Peng Longrong, who headed the project, showed off the green buds of the mutated breeds to state outlet China Central Television. "Space mangoes are expected to be insect-resistant, of higher quality and provide more output," he said.

China has been undertaking space breeding programs since 1987, when they placed plants like barley, peppers, carrots and garlic aboard an orbiting satellite. They have successfully produced superior strains of crops such as wheat, rice and alfalfa by cultivating them aboard satellites.

While some are squeamish about eating genetically modified fruit, space breeding is just a form of selective breeding, the same kind used by terrestrial farmers for thousands of years. The mutation is done entirely through the existing genes of the plant.