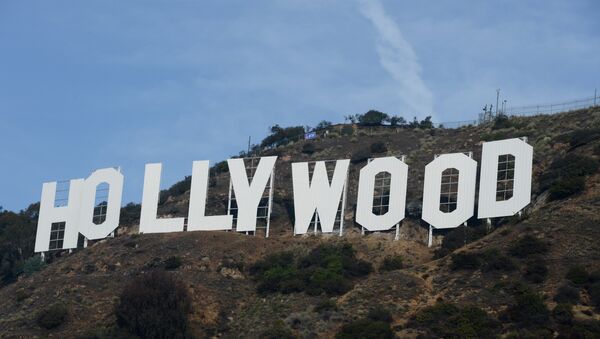 © AFP 2023 / Robyn Beck
Subscribe
International
India
Africa
Tim Allen, most famous for playing the role of Tim "The Toolman" Taylor in the 1990s American sit-com "Home Improvement," made the comments in a recent appearance on the late-night talk show "Jimmy Kimmel Live."

Oscar for White Helmets: Hollywood Gave Credibility to 'Terror-Affiliated' Group
"You gotta be real careful around here," Allen said. "You get beat up if you don't believe what everybody else believes."

The actor's comments appeared to reference the fact that Hollywood is known for being predominantly left-leaning politically.

Allen plays a conservative husband and father on his show "Last Man Standing," a role believed to be based on his own life.

Anti-Muslim Threats Grow in Wake of American Sniper Movie
When Kimmel asked him about his trip to the inauguration ceremony, the actor’s eye bugged out and he stammered:

"I was invited, we did a VIP thing for the vets," Allen said, "and went to a veterans ball, so I went to go see Democrats and Republicans.

"Yeah. I went to the inauguration."

Twitter users have come out on both sides, in support of and outraged over Allen's comments.

The Los Angeles Times recently reported that the film and television industry in Hollywood has become increasingly hostile to conservatives, with reports of secret underground organizations and "clandestine support groups" for the minority of Hollywood personalities with right-leaning views.