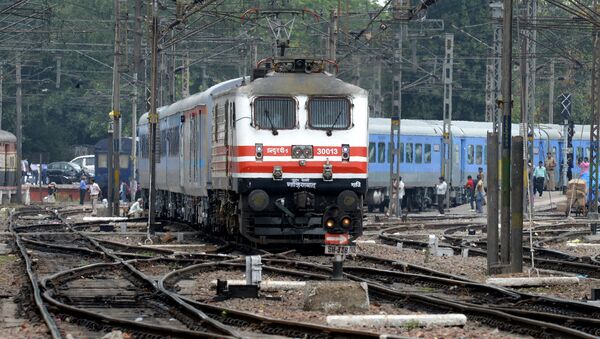 Asia
7,000 Railway Stations in India to Become Solar Powered
Earlier Sampuran Singh, a farmer from Punjab, sold a plot of land to the Indian Railways company so that the latter could build a new railroad.

However, the company failed to pay the farmer the 10 million rupees (about $150,000) he was owed, prompting Singh to sue them.

Despite the fact that Singh won the case, Indian Railways declared that the company doesn’t have enough money to pay the farmer, and after a second hearing the court ruled to award the ownership of a company’s train to Singh, according to New Delhi Television Limited.

The court has allowed Indian Railways to operate the train for a few more days, declaring that if by the end of this time period the company fails to raise enough money to pay the farmer what he’s owed, the train may be auctioned off.